A soldier is lucky to be alive after a live grenade was lodged in his torso during a bloody battle in Bakhmut, Ukraine — and had to have it surgically removed.

Ukrainian surgeon Major General Andrii Verba had to perform the surgery knowing the grenade could detonate at any second.

“Our military doctors performed an operation to remove an unexploded VOG grenade from the body of a serviceman,” confirmed regional governor Serhii Borzov in a Facebook post Monday night.

The VOG grenade was fired from a grenade launcher attached to an assault rifle — and the operation was performed in the company of two other soldiers due to the threat of an explosion.

An electrocoagulation — a surgery that uses heat to control bleeding and destroy abnormal tissue — could not be conducted because it might trigger the grenade.

However, Dr. Verba was able to successfully perform the surgery and remove the grenade, Borzov said.

“The operational intervention was successful” Borzov added, “and the injured soldier was sent to further rehabilitation and recovery.”

Dr. Verba, one of Ukraine’s “most experienced surgeons,” has been based in the Donbas region since 2014, the Daily Mail reported. He was granted the state awards of Honored Doctor of Ukraine and Doctor of Medical Sciences and has led thousands of field operations.

The removal of the live grenade comes as Russia continues its invasion of Ukraine and considers calling up another 500,000 troops.

Russian troops are stepping up their assault on Soledar — a small salt mining town five miles northeast of Bakhmut — where the fighting has been particularly brutal, forcing Ukraine to send reinforcements to counter Russian assaults.

“The enemy again made a desperate attempt to storm the city of Soledar from different directions and threw the most professional units of the Wagnerites into battle,” the Ukrainian military said in a statement.

Bakhmut has been the focus of Russian efforts for months, spearheaded by the Wagner Group — a quasi-state paramilitary group financed by Oligarch and Putin crony Yevgeny Prigozhin.

“The enemy literally step over the corpses of their own soldiers, using massed artillery, MLRS systems and mortars,” she said.

Meanwhile, hundreds of Ukrainian children have been unable to leave Russian-run summer camps in Crimea for months due to the ongoing war between the two countries.

Parents are growing more and more concerned about the missing children, who some believe Russia wants to assimilate to its cause or use for prisoner exchanges, The Guardian reported earlier this week. 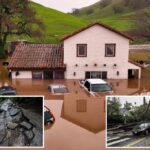 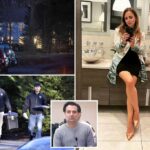