Dramatic pictures from a Ukrainian hospital showed how doctors continued to perform life-saving surgery with a headlamp after Russian attacks on the power grid left hospitals in the dark earlier this month.

Dr. Oleh Duda, a cancer surgeon in Lviv, was in the midst of a complex dangerous heart surgery when the lights went off at his hospital following a barrage of explosions on Nov. 15.

A generator kicked in after three minutes, but Duda could not afford to pause the major artery procedure on the bleeding patient, and continued to work with the aid of a headlamp, pictures showed.

“These fateful minutes could have cost the patient his life,” the doctor said.

The explosion was so close to the cancer hospital that “the walls were shaking,” and doctors were forced to cancel some 30 procedures that day, according to Duda.

The deadly missile attacks, which damaged almost half of the country’s energy grid, continued last week in a bid to freeze the country into submission.

The barrage further deteriorated its strained health care system, which had been ravaged by corruption, the COVID-19 pandemic and nearly a year of war.

Doctors had been forced to postpone scheduled procedures and were unable to access online patient records amid the outages, as Ukraine’s medical community faced “its darkest days in the war so far,” the World Health Organization said last week.

Dr. Hans Kluge, the WHO’s European director, predicted that up to 3 million more Ukrainians would flee their homes seeking warmth and safety as the weather turned colder.

Refugees would “face unique health challenges, including respiratory infections such as COVID-19, pneumonia and influenza,” Kluge said in a statement.

“This winter will be life-threatening for millions of people in Ukraine,” Kluge predicted.

The dire predicament was underscored last week by a video of doctors performing heart surgery on a child by a battery-powered flashlight in Kyiv.

“Rejoice, Russians, a child is on the table and during an operation the lights have gone completely off,” Dr. Boris Todurov, director of the institute in the capital, said in the clip, which was shared to Facebook.

“We will now turn on the generator — unfortunately, it will take a few minutes.”

Russia continued to deny it was targeting healthcare facilities, despite a strike on a maternity ward last week that killed a newborn and injured two doctors in the eastern part of the country.

The shelling of an outpatient clinic in Kharkiv also killed two people.

A Kremlin spokesman maintained Russia was only attacking sites “directly or indirectly related to military power” in the wake of the attacks.

Attacks in Kherson last week led doctors to carry 13-year-old Artur Voblikov up to the sixth floor of a children’s hospital through dark stairwells to amputate his arm.

The facility’s generator broke down last week, leaving the hospital without heat or electricity for hours. Doctors wrapped newborns in blankets to keep them warm, according to intensive care deputy Dr. Olga Pilyarska.

The conditions also led to the cancelation of surgeries at the children’s hospital.

“No one will put a patient on an operating table when temperatures are below zero,” said said Dr. Maya Mendel.

Ukraine officials said they would not shut down hospitals under any circumstances. Instead, healthcare providers would “optimize the use of space and accumulate everything that’s necessary in smaller areas,” according to Health Minister Viktor Liashko.

Some 1,100 diesel or gas generators were en route to the country from Western allies, and hospitals currently had enough fuel to last through the week, Liashko said.

Health Minister Viktor Liashko said on Friday that there are no plans to shut down any of country’s hospitals no matter how bad the situation gets, but said doctors would “optimize the use of space and accumulate everything that’s necessary in smaller areas” to make heating easier.

Liashko said that diesel or gas generators have been provided to all Ukrainian hospitals, and in the coming weeks an additional 1,100 generators sent by the country’s Western allies will be delivered to the hospitals as well. Currently, hospitals have enough fuel to last seven days, the minister said.

“The generators are designed to work for a short period of time — three to four hours,” but power outages can last up to three days, Liashko said.

“The war has affected every doctor in Ukraine, be it in the west or in the east, and the level of pain we’re facing every day is hard to measure,” Duda said. 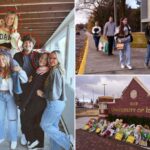 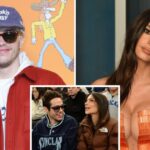