A Ukrainian orchestra conductor was murdered in the occupied city of Kherson over his refusal to participate in a concert put on by Russian authorities, the Ukrainian government said.

Yuri Kerpatenko — who was the chief conductor of the Kherson Philharmonic, as well as one of the city’s chamber orchestras — had declined to join in a performance celebrating the “improvement of peaceful life” in the occupied territory, Kyiv’s Ministry of Culture and Information Policy said Saturday.

“On October 14, it became known about the brutal murder of the chief conductor of the Kherson Music and Drama Theater,” the agency said in a statement, citing local journalist Elena Vanina.

“After Yuri Kerpatenko refused to cooperate with the occupants, Russian soldiers shot him in his own home.”

Kerpatenko was an outspoken supporter of the Ukrainian government in Kyiv after Kherson came under Russian occupation in the early days of the war. He made posts critical of Russia on his Facebook account until mid-May, when he toned down the overt resistance.

It’s unclear when Kerpatenko was shot. The office of the Kherson province’s regional prosecutor said in a statement that the conductor stopped communicating with friends and family sometime in September.

“Currently, law enforcement officers are taking measures aimed at a quick, complete and impartial investigation into the circumstances of the criminal offense,” the office said.

Kherson has long been the apparent centerpiece of Russian President Vladimir Putin’s attempts to declare Ukraine part of Russia.

Occupation authorities in Kherson hinted as early as May at last month’s shotgun referendum declaring the region Russian. There were reports of authorities issuing residents Russian passports and forcing them to use the Russian ruble for transactions.

Long a Russian stronghold in occupied Ukraine, Kyiv’s forces have been slowly advancing on the city since the opening of a southern front in the Ukrainian counterattack. 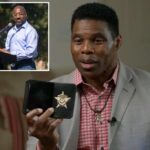 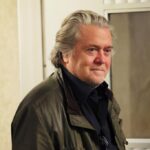