In a video address Saturday, Zelensky described the clashes in the eastern region of Donetsk since Russia abandoned the only regional capital it captured since the war began in February.

“There it is just hell — there are extremely fierce battles there every day,” Zelensky said. “But our units are defending bravely — they are withstanding the terrible pressure of the invaders, preserving our defence lines.”

According to the Ukrainian leader, Russians “everywhere have the same goal: to humiliate people as much as possible. But we will restore everything, believe me,” he said in the address.

Russian President Vladimir Putin and Iranian President Ebrahim Raisi spoke on expanding their ties during a telephone call this weekend, the Kremlin said.

The discussion followed a meeting between a senior Russian security official and Iranian leaders in Tehran on Wednesday — adding fuel to previous accusations by Ukraine that Russia has used Iranian drones to target Ukraine’s energy infrastructure.

Iran says it sent Russia a small number of drones before the war began.

Ukraine will have to determine timing and contents of any negotiation framework it may try to create with Russia, according to a readout Saturday between US Secretary of State Antony Blinken and Ukrainian Foreign Minister Dmytro Kuleba in Phnom Penh. 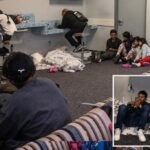 Migrants use El Paso airport as shelter amid surge, end of NYC bussing 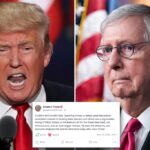