Ukrainian President Volodymyr Zelensky is expected to attend a joint session of the US Congress Wednesday night — the wartime leader’s first venture outside of his country since Russia invaded in February.

The planned visit was first reported by Punchbowl News.

A source familiar with the plans told The Post that the visit had not been confirmed, and was contingent on Zelensky’s security situation.

Zelensky reportedly refused to evacuate to the US in the opening days of the war, purportedly telling American intelligence at the time, “I need ammunition, not a ride.”

The Ukrainian president will now get both, attending the joint session a week after the US announced it is preparing to ship advanced air defense systems to Kyiv.

“We are ending a very special session of the 117th Congress with legislation that makes progress for the American people as well as support for our Democracy,” she wrote.  “Please be present for a very special focus on Democracy Wednesday night.”

Ukrainian news outlet Ukrinform reported Tuesday that Ukrainian forces outside Bakhmut had presented Zelensky with a signed blue-and-gold flag for US lawmakers during his most recent visit to the front.

“[Defenders] handed over our flag with their signatures,” Zelensky said.

“We have a difficult situation, the enemy is increasing its numbers. Our guys are more courageous and we need reinforced weapons,” he added. “We will convey the words of gratitude from the guys to the Congress, the U.S. President for their support.”

Does Your Approach To Training Have The Human Touch? 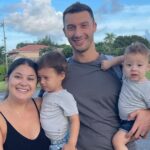