It was a different kind of shotgun wedding.

Famed Ukrainian sniper Evgenia Emerald — known as her country’s “Joan of Arc” — tied the knot with a man she met at the start of Russia’s invasion.

The 31-year-old sniper and fellow soldier Evgeniy Stipanyuk were married Friday near the frontline of the war in a ceremony held in a forest in Kharkiv.

The wedding date was especially meaningful to the couple, as Friday was Defenders’ Day, a public holiday honoring veterans and fallen members of the Ukrainian armed forces. It also happened to be Stipanyuk’s birthday.

A military General officiated the wedding for the pair, who fell in love soon after the war began in February and quickly became engaged in August.

“We understand that every day could be the last one and we don’t want to postpone life for later,” Emerald wrote on Instagram.

In photos shared to social media, Emerald can be seen wearing a long white wedding gown, while her husband opted to wear his military uniform and carry a gun. Instead of flowers, the bride held ears of wheat in her arms.

She shared moments from her “perfect day” on Instagram, writing that she “could not imagine a more ideal wedding!”

“Today I officially became the wife of a military man. It happened on the front line and the general of the Armed Forces of Ukraine conducted the ceremony,” Emerald said.

“This is a special day – there are a lot of holidays. I want to congratulate all the defenders. Glory to the Heroes! I also congratulate my beloved, because today it’s his birthday. Now he will definitely never forget the date of his wedding.”

Before the war Emerald worked in the jewelry business, but when Russia launched its invasion on her home she joined the defense, and eventually became part of the special forces regiment “Safari.”

The wedding was held just days after Russia coordinated an airstrike targeting nearly every major city in Ukraine. The massive attack killed civilians and destroyed infrastructure, with an asserted attempt to wipe out the vital Crimean bridge.

Buildings were ablaze following the attack, which was targeting energy facilities, and at least three people were killed. 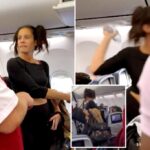 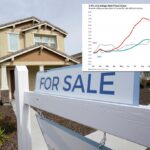