Ukrainian officials are preparing for Russian ground forces to mount an attack on Kyiv early next year after months of missile strikes.

An assault on the embattled capital could come as early as February, when half of Russia’s 300,000 recent conscripts are expected to complete training, Ukrainian Defense Minister Oleksii Reznikov said.

“The second part of the mobilization, 150,000 approximately… do a minimum of three months to prepare. It means they are trying to start the next wave of the offensive probably in February, like last year. That’s their plan,” Reznikov told the Guardian

Top Ukrainian General Valerii Zaluzhnyi told the Economist that Russia may try to take Kyiv as early as January and suggested that Ukrainian infrastructure is on the verge of a crisis after months of pounding by Russian missiles.

“I am not an energy expert, but it seems to me we are on the edge. We are balancing on a fine line,” Zaluzhnyi said.

“That is when soldiers’ wives and children start freezing. And such a scenario is possible. What kind of mood the fighters will be in, can you imagine? Without water, light and heat, can we talk about preparing reserves to keep fighting?,” he added.

Zaluzhnyi’s comments come days after Reznikov told CNN that a ground invasion may launch south from Belarus, which he noted was a close ally of the Kremlin and not a “friendly neighbor.”

Belarus announced earlier this month it was moving troops inside the country in what it called a “counterterror exercise,” but observers feared was the prelude to direct involvement in the war. Part of the initial invasion force last year was staged in Belarus, which provided the shortest distance to Kyiv in what ended up as an abortive attempt to surround the capital that led to a humiliating withdrawal of Russian troops, followed by the revelation of mass killings and other atrocities in nearby cities like Bucha and Irpin.

However, the U.S.-based think tank the Institute for the Study of War said that an offensive from Belarus is improbable.

“Belarusian forces remain unlikely to attack Ukraine despite a snap Belarusian military readiness check on December 13,” the group said in an assessment. “The exercise does not appear to be cover for concentrating Belarusian and/or Russian forces near jumping-off positions for an invasion of Ukraine.” 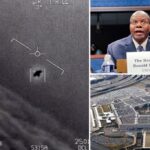 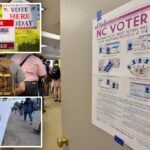