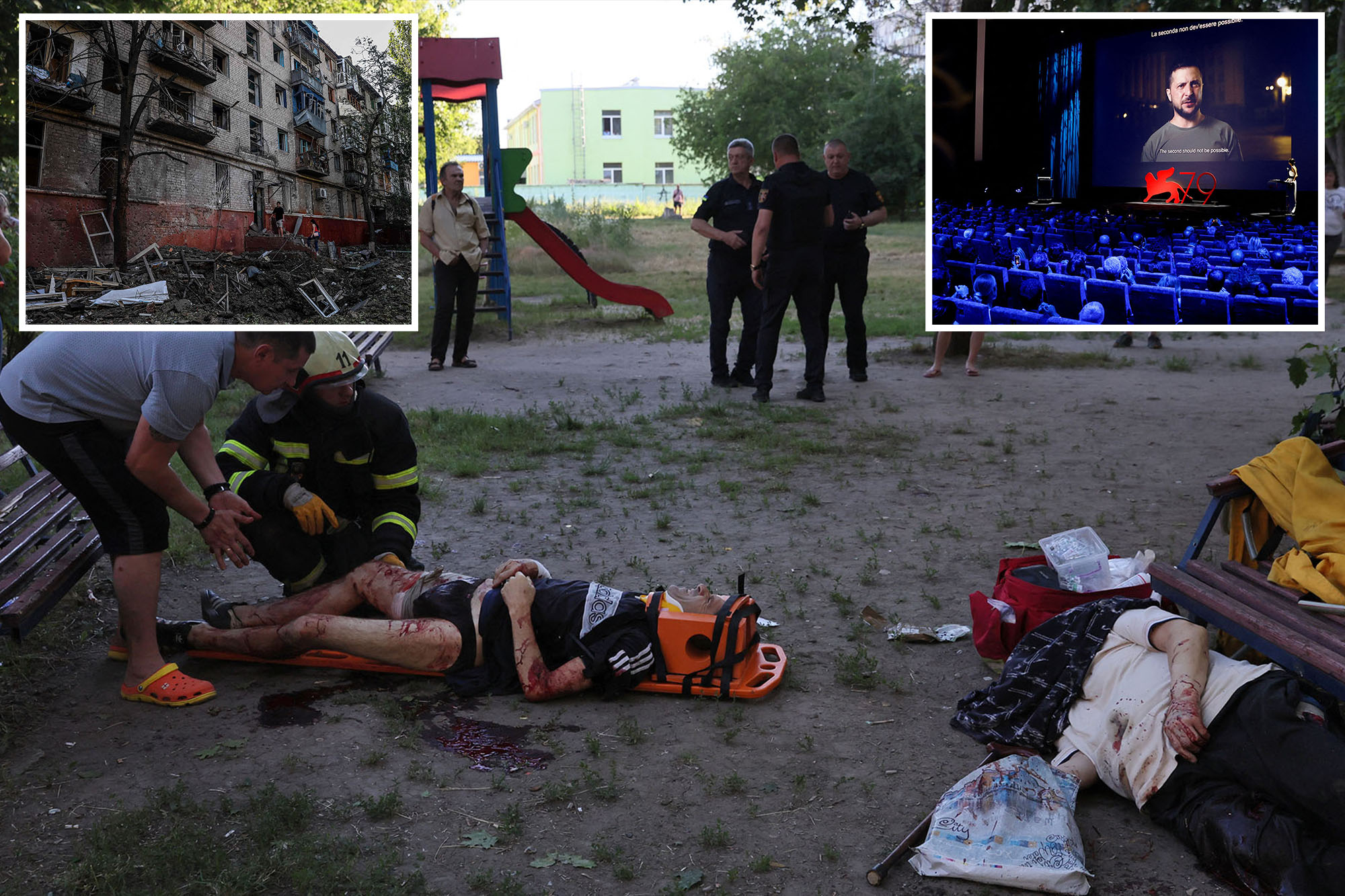 During the opening ceremony, Zelensky asked for vocal help from the filmmakers and actors in attendance as intense fighting rages on since Russian President Vladimir Putin ordered a large-scale invasion on Feb. 24.

Appearing via a pre-recorded video, Zelensky described the war in Ukraine as a 189-day-long horror film.

“It is a drama based on real-life events. A tragedy to the score… of explosions, shots, and air raid alert wails,” he said.

He said the story of Ukraine was one “beyond the limits of humaneness and common sense.”

Elsewhere in his address, Zelensky pleaded with the “personalities of culture” to speak out against the war.

“Personalities of culture: directors, producers and actors, screenwriters, cameramen, composers, artistic directors, set designers, critics and many, many more, from many countries in the world, all belonging to the same family of cinema,” he said in the video.

“Your opinion is important and your voice counts.”

The Ukrainian president urged the audience not “turn your back to us” and instead to ” “clearly understand what Ukraine is currently going through.”

“The least that you can do – or what you should not do – is don’t be afraid. Don’t go beyond. Don’t stay neutral,” he added.

“We have to talk about this war with the clearest language possible: the language of cinema, the language that you all talk.”

Create Every Day with Tools for Creativity