Ukrainian authorities urged residents of recently liberated regions in the south to move to safer parts of the country, fearing that a lack of heat, power and water caused by incessant Russian shelling will make living conditions intolerable this winter.

Civilians living in badly battered Kherson and Mykolaiv were told to relocate to areas in the central and western parts of the country.

Ukrainian Deputy Prime Minister Iryna Vereshchuk said Monday that the government will provide transportation, accommodations and medical care for them, with priority for women with children, the sick and elderly.

Vereshchuk last month appealed to Ukrainian refugees living abroad not to return to home for the winter to conserve increasingly scarce power.

Other officials have suggested that residents in Kyiv or elsewhere who have the resources to leave Ukraine for a few months should do so, to save power for hospitals and other key facilities.

“This winter will be life-threatening for millions of people in Ukraine,” said the WHO’s regional director for Europe, Dr. Hans Henri P. Kluge. “Attacks on health and energy infrastructure mean hundreds of hospitals and healthcare facilities are no longer fully operational, lacking fuel, water and electricity.”

He warned of health risks such as respiratory and heart problems for people trying to warm themselves by burning charcoal or wood and using diesel generators and electric heaters.

The evacuations in the south are taking place more than a week after Ukraine recaptured the regional capital of Kherson, on the western bank of the Dnieper River, and surrounding areas in a major battlefield gain.

Since then, heading into the winter, residents and authorities alike are realizing how much power and other infrastructure Moscow’s forces damaged or destroyed before retreating.

Russia has been pounding Ukraine’s power grid and other infrastructure from the air for weeks, causing widespread blackouts and leaving millions of Ukrainians without electricity, heat and water.

Ukrainian President Volodymyr Zelensky said more than 50% of the country’s energy facilities have been damaged.

After an unseasonably mild fall, temperatures in Ukraine are starting to dip below freezing and are expected to drop to minus 4 degrees Fahrenheit in some areas in the coming months.

Authorities said millions of Ukrainians, including in the capital Kyiv, could face power cuts at least until the end of March due to the missile attacks, which Ukraine’s national grid operator Ukrenergo said had wreaked “colossal” damage.

Planned power shutdowns are happening in all regions, and emergency shutdowns are possible in some situations as frosts have started and electricity consumption is rising, he said.

“The systematic damage to our energy system from strikes by the Russian terrorists is so considerable that all our people and businesses should be mindful and redistribute their consumption throughout the day,” Zelensky said in a nightly video address.

“We cannot generate as much energy as consumers can use,” Kudrytskyi told a briefing, adding that after a brief cold snap Wednesday temperatures were expected to rise again, providing an opportunity to stabilize the power generating system

Workers are racing to repair damaged power infrastructure, according to Sergey Kovalenko, the head of YASNO, which provides energy for Kyiv.

“Stock up on warm clothes, blankets, think about options that will help you get through a long outage,” Kovalenko said.

Kremlin spokesman Dmitry Peskov was quoted by the state news agency TASS as saying last week that Russia’s strikes targeting energy infrastructure are a consequence of Kyiv being unwilling to negotiate. 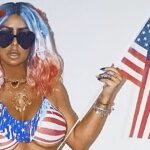 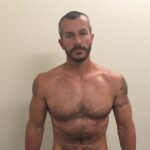 How Will Chris Watts Celebrate Thanksgiving 2022 Behind Bars?