Moscow swarmed Kyiv with suicide drones Wednesday after weeks of smaller-scale strikes, but the Ukrainian Air Force reported all 13 of the Iranian-made drones were shot down.

Ukrenergo, the company that manages Ukraine’s embattled power grid, reported no new outages as a result of the bombardment.

Ukrainian President Volodymyr Zelensky lauded his country’s air defenses, saying all of the 13 Iranian-made suicide drones launched at Kyiv were shot down.

The triangular-shaped drones are common enough in the skies over Ukraine to have earned the nickname “mopeds” for the buzzing sound of their engines.

“I was already in the kitchen. I heard everything – I heard the buzzing ‘moped’ and I ran into the bathroom,” said Yana, a 39-year-old resident of Kyiv.

“I want this all to be over … For [Russian President Vladimir] Putin, that bastard, to die. Those are the only emotions,” she said.

The drones arrived over the city near dawn, in what Ukrainian air force spokesperson Yuriy Ihnat said was a deliberate attempt to sneak them past Ukrainian air defenses.

The move stands in contrast with Russia’s brazen rush-hour air raids on Kyiv and other cities in the fall.

Two university buildings, a hospital and at least one apartment building were struck in Kramatorsk, a city near the front line in Donetsk.

Shelling also struck several towns along the southern front in the Kherson province. 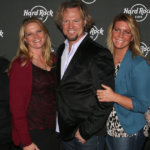 Which Stars Are Related? Marriage, Relationships 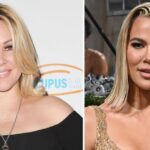