Ukraine claimed Wednesday that it shot down at least four Russian helicopters — possibly Ka-52s nicknamed “Alligators” — in a span of just 18 minutes.

“From 08:40 to 08:58 on October 12, anti-aircraft missile units of the Air Force destroyed at least four enemy attack helicopters (probably Ka-52s), which were providing fire support to the ground occupation forces in the southern direction,” the air force said on its Telegram channel.

According to preliminary reports, one of the downed choppers crashed in an unspecified part of southern Ukraine that had been recently reclaimed by Kyiv’s forces from the Russians, while the other three landed somewhere behind the front line.

“No place for Alligators here. The local climate is hostile towards them.”

The Ka-52 “Alligator” is a two-seat, all-weather attack helicopter, which was first introduced in Russia in the late 1990s.

According to the Ukrainian military’s estimates, which The Post could not independently verify, since the start of the war on Feb. 24, Kyiv’s forces have destroyed around 235 enemy helicopters and 268 airplanes. 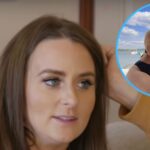 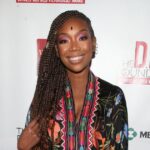