Ukrainian officials are keeping a close eye on the results of the midterm elections in the US — over fears that billions of dollars in military aid the nation gets in its fight against Russia could be affected.

“We hope that for our sake that we don’t become a victim to the partisan debate that’s unfolding right now in the US,” Ivanna Klympush-Tsintsadze, a former Ukrainian deputy prime minister, told Politico.

“That’s the fear, because we are very much seriously dependent on not only American support, but also on the US leadership in terms of keeping up the common effort of other nations,”  she said.​

Republicans are heavily favored to retake control of the House and Senate in Tuesday’s election.

“I don’t see a critical number of people among the Republicans calling for cuts in aid,” he ​told the news outlet​, but acknowledged that the process could become more complicated.

He said it’s “critical” for the US to continue its support because the implications go beyond Ukraine — “not only with respect to Russia, but also to how the US will be perceived by China.”

Rep. Kevin McCarthy, the Republican leader of the House who is widely expected to become speaker if the GOP gains a majority, has already said aid to Ukraine will not be as free-flowing as it once was amid heightened checks on the Biden administration’s spending.

“I’m very supportive of Ukraine,” McCarthy said in an interview with CNN on Monday. “I think there has to be accountability going forward. … You always need, not a blank check, but make sure the resources are going to where it is needed. And make sure Congress, and the Senate, have the ability to debate it openly.”​

Mia Willard, a Ukrainian American living in Kyiv, said she is worried about what will happen if pro-Donald Trump Republicans are in control.

“I have recently read about Rep. Marjorie Taylor Greene’s promise that ‘not another penny will go to Ukraine’ if Republicans retake control of Congress​,” she told Politico.​​

Still, Willard said that no matter the election results, she​ hopes there will be “continued bipartisan consensus” in Congress to back Ukraine “amid Russia’s genocide of the Ukrainian people.”

​But Klimkin said the “real risk” resides in the debate in Washington over the fact that “the United States is giving much more than all of Europe” to Ukraine.

​Total military, financial and humanitarian aid has reached more than $53 billion, the report said, citing the Kiel Institute of World Economy, while European Union members and institutions have contributed a little more than $29 billion.​

“The US is now committing nearly twice as much as all EU countries and institutions combined. This is a meager showing for the bigger European countries, especially since many of their pledges are arriving in Ukraine with long delays,” Christoph Trebesch, head of the team compiling the Kiel Institute’s Ukraine support tracker​, told Politico.​​​

Klympush-Tsintsadze​ said if support for Ukraine diminishes in the wake of the midterm elections, she hopes other Western countries will step up to fill the gap and provide the support Kyiv needs for “victory over the Russian monster.”

In Europe, she said, she has found “much more sobriety in the assessment of what Russia is and what it can do, and I hope there would be enough voices there in Europe, too, to ensure there’s no weakening of support​.” 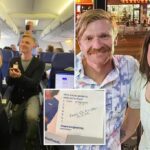 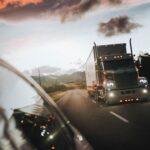