Ukrainian forces continued to pressure Russia with counterattacks on two fronts Tuesday, in defiance of Russia’s claimed annexation of a fifth of the country.

Kyiv reported more gains in the southern province of Kherson, liberating more villages in the northern part of the province in what appeared to be a concerted move southward.

The villages of Mala Oleksandrivka and Davydiv Brid were retaken Tuesday, according to the Ukrainian Ministry of Defense, along with several unidentified villages recaptured by Ukrainian special forces detachments, the outlet Ukrinform reported.

The victories came a day after Ukrainian forces liberated several villages on the west bank of the Dnieper River, in what appeared to be a coordinated move southward by Kyiv’s forces.

“The Ukrainian marines are confidently advancing towards the Black Sea,” the ministry of defense said in a post on the Telegram messaging app.

On the northeastern front, Russian separatist leader Denis Pushilin said Tuesday that Moscow-backed forces had set up a defensive line around the Luhansk city of Kreminna — less than 20 miles from Lyman, which Russian troops fled over the weekend.

Maps shown by the Russian Ministry of Defense in its daily briefing seemed to indicate significant Russian withdrawals — including from positions along the Oskil River in Kharkiv.

If accurate, the maps would indicate a near-total liberation of Kharkiv province, where Ukraine’s counterattack began in earnest last month.

The Russian rout comes as the Kremlin continues to tout its mobilization of some 300,000 troops.

While a senior US official said Monday that very few of those called up in Russian President Vladimir Putin’s wildly unpopular mobilization had been sent to the front, Russian defense minister Sergei Shoigu said Tuesday that those men were currently being trained.

The new draftees were training at 80 firing ranges across the country, Shoigu said, in order to prepare them for combat.

The deeply unpopular draft has reportedly called up sick, injured and old conscripts into the Russian ranks. 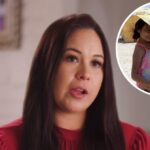 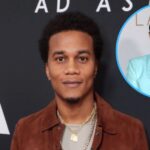