Ukraine claimed that Russia has lost close to 117,000 troops since the beginning of the full-scale invasion last February — which is more servicemen than the US lost during World War I.

There have been 116,950 enemy troops “eliminated” since Feb. 24, according to the latest tallies released by Ukraine’s Armed Forces Tuesday, which The Post could not independently verify.

Kyiv reported that in the last 24 hours alone, 870 Russians had been killed in Ukraine.

For comparison, the US lost 116,516 soldiers during World War I, of whom more than 63,000 suffered non-combat deaths mostly related to illnesses.

The Russian Empire, which at the time encompassed the territory of Ukraine, lost a staggering 1.8 million combatants during the 20th century’s first global conflict.

During World War II, the Soviet Union sustained more than 8.6 million military deaths, as calculated by the country’s Ministry of Defense.

If the numbers presented by Ukraine this week are accurate, Kremlin’s forces have lost more soldiers than the US did in both the Vietnam and Korean wars, which spanned the better part of 25 years, Newsweek reported.

Kyiv’s latest tallies appear to be consistent with what US Army Gen. Mark Milley said about the human cost of the conflict between Ukraine and Russia in November,

The chairman of the Joint Chiefs of Staff estimated at the time that Russia’s military had suffered more than 100,000 soldiers killed and wounded in Ukraine — and added that Kyiv’s armed forces “probably” suffered a similar level of casualties.

Moscow has been tight-lipped about its casualty rates. Over the course of the war, now in its 11th month, Russia has confirmed fewer than 6,000 troop deaths.

But that figure did not include mercenaries from the Wagner Group, who have been at the forefront of some of the bloodiest battles that have been waged in eastern Ukraine in recent weeks.

Kyiv likewise has been reluctant to release its casualty figures, claiming about 13,000 combat deaths since February. 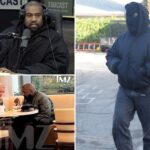 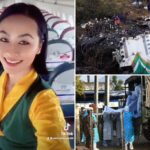