The Ukrainian city of Kharkiv is taking its holiday festivities underground in a resilient effort to celebrate the season despite ongoing Russian missile strikes.

Kharkiv City Council posted a photo of its New Year’s tree, installed in the city’s central subway station rather than in its central square, on its Telegram channel.

“This year, the city’s main Christmas tree has been installed at a subway station, where it won’t be hit by Russian artillery fire or missile strikes,” the Ukraine Ministry of Defense said in a tweet sharing the image. “The holidays are coming, no matter what.”

Kharkiv City Council said there would be a New Year’s event for children in the metro station with a small concert as well.

In previous years, the city’s official tree lit up in Freedom Square, but the war has forced the festivities underground.

Much of the Kharkiv region in eastern Ukraine was liberated in from Russian forces in September after months of occupation. The city itself never fell to the invasion, but Russia continues to pound it and nearby communities with rocket attacks. 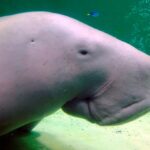 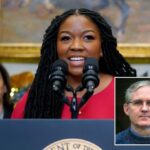