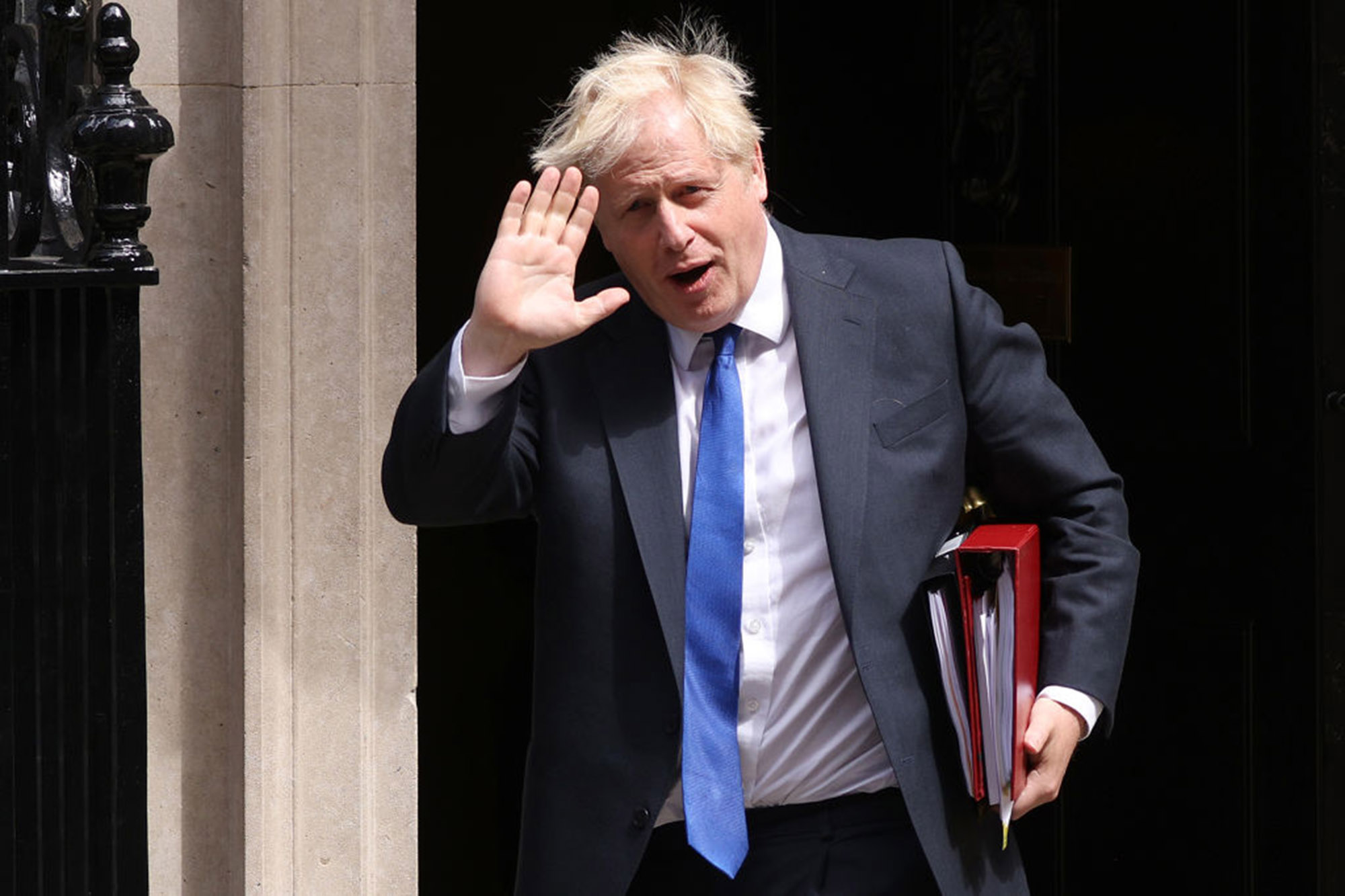 An ill-timed pinch by a man named Pincher meant the end for British Prime Minister Boris Johnson — as the man likened by admirers and enemies alike to the Biblical figure Lazarus tried to weather one scandal too many.

Johnson announced Thursday that he would step down, but remain at Number 10 Downing Street until a new leader of the Conservative Party is chosen — a process that could take months, and could still be cut short by a parliament-wide confidence vote triggering an early election.

“I want you to know how sad I am to be giving up the best job in the world, but them’s the breaks,” Johnson said in brief remarks that were at turns humorous, bitter and defiant.

“We’ve seen in Westminster there is a herd instinct,” the soon-to-be ex-PM added one day after nearly 60 of his fellow Conservative MPs turned in letters of resignation from his government. “When the herd moves, it moves and in politics nobody is remotely indispensable”.

The final straw proved to be revelations about Johnson’s awareness of complaints against Chris Pincher, the Conservative Party’s deputy chief whip who stepped down June 30 after allegations he groped two men at a private club.

Johnson’s office initially said he knew nothing of similar allegations made against Pincher in 2019, when the disgraced pol worked at the Foreign Office. By Monday, a spokesman said Johnson did know of the allegations — but they were “either resolved or did not progress to a formal complaint.”

However, in a devastating letter made public the following day, a former top civil servant at the Foreign Office said Johnson “was briefed in person” about an internal investigation that upheld the 2019 complaints against Pincher. The best response the PM’s spin doctors could offer was to say that he had forgotten the briefing.

That reversal was too much to bear for many members of government, and Tuesday’s resignations of Treasury chief Rishi Sunak and Health Secretary Sajid Javid signaled the beginning of the end of Johnson’s premiership.

“[T]he public rightly expect government to be conducted properly, competently and seriously,” Sunak said in his resignation letter. “I believe these standards are worth fighting for and that is why I am resigning.”

Javid told Johnson the party needed “humility, grip and a new direction” but “it is clear this situation will not change under your leadership.”

As recently as Wednesday afternoon, Johnson had vowed to “keep going,” despite the ongoing departures from government and entreaties to step down by other Cabinet colleagues — the so-called “men in gray suits” behind the resignations of past Conservative prime ministers Margaret Thatcher and Theresa May.

In a final burst of defiance, Johnson fired Housing Secretary Michael Gove Wednesday night hours after he had joined calls for the PM to go.

But the final blow fell early Thursday, when Nadim Zahawi, a rising Conservative star and Johnson’s hand-picked successor to Sunak roughly 24 hours before, told the prime minister publicly the time had come to step down.

“Yesterday, I made clear to the Prime Minister alongside my colleagues in No10 that there was only one direction where this was going, and that he should leave with dignity … I am heartbroken that he hasn’t listened and that he is now undermining the achievements of this Government at this late hour,” Zahawi wrote.

“Prime Minister, you know in your heart what the right thing to do is, and go now.”

Johnson’s premiership — highlighted by Britain’s departure from the European Union and at 2019 election victory that gave the Tories their largest House of Commons majority since Thatcher’s heyday in the mid-1980s — was badly wounded before the Pincher affair, buffeted by high inflation and a severe cost-of-living crisis that predated the COVID-19 pandemic.

Some of the wounds were self-inflicted, as when Johnson was hit with a fine and severely chastised by another high-ranking official who investigated staff parties thrown at No. 10 Downing Street at the height of pandemic-induced lockdowns.

That triggered a no-confidence vote last month by the parliamentary Conservative Party, which Johnson survived — though 41% of his MPs voted against him in a sign of his weakened position.

Party rules dictated that Johnson was safe from an internal challenge for 12 months following the vote, though moves were afoot by Johnson opponents to change the rules before he stepped down.

Whoever succeeds Johnson will face an uphill climb to keep the Conservatives in power, as polls indicate British voters are increasingly willing to hand the reins over to the left-wing Labour Party after more than a decade in opposition.

‘Crimes were committed’ by intelligence agencies