LONDON — Thousands of nurses in Britain walked out Wednesday in a new protest over pay, with no end in sight to a wave of strikes that has piled pressure on the UK’s overburdened public health system.

Two 12-hour nursing strikes on Wednesday and Thursday affect about a quarter of hospitals and clinics in England. Emergency care and cancer treatment will continue, but thousands of appointments and procedures are likely to be postponed.

With more walkouts by nurses planned for next month — and ambulance workers announcing a new slate of February strikes — the Conservative government is under growing pressure to lift its opposition to substantial raises for health care staff.

“It’s a job that I love, but I need to pay my bills,” said intensive care nurse Nav Singh, on a picket line in London. “Nursing students don’t want to be nurses, experienced nurses are leaving, there will be no-one left and I don’t blame them, but I can’t imagine doing anything else.”

Inflation in the UK hit a 41-year high of 11.1% in October, driven by sharply rising energy and food costs, before easing slightly to 10.5% in December.

The nurses’ union has been seeking a pay raise of 5% above inflation, though it has said it will accept a lower offer.

Pat Cullen, head of the Royal College of Nursing union, urged health officials to “get round a table and let’s stop the strikes so we don’t have to continue this into February.”

“I would say to the prime minister this morning: If you want to continue to have strikes, then the voice of nursing will continue to speak up on behalf of their patients and that’s exactly what you will get,” she told ITV.

“Unaffordable pay hikes will mean cutting patient care and stoking the inflation that would make us all poorer,” Health Secretary Steve Barclay wrote in the Independent newspaper.

The government also has angered unions by introducing a bill that will make it harder for key workers to strike by setting ”minimum safety levels” for firefighters, ambulance services and railways that must be maintained during a walkout.

The nursing union has announced two more strike days next month, when disruption across the economy looks set to intensify. Feb. 1 is shaping up to be the most disruptive day yet, with walkouts by teachers, train drivers, civil servants and university staff.

The GMB union said Wednesday that 10,000 ambulance call handlers, paramedics and other staff across most of England will strike on February 6 and 20 and March 6 and 20.

Opposition Labour Party leader Keir Starmer accused the government of presiding over “lethal chaos” in the state-funded National Health Service, with many patients waiting hours for ambulances in emergencies.

Prime Minister Rishi Sunak said the health system was dealing with “unprecedented challenges,” but insisted the government was spending extra money to relieve the pressure — though he did not mention staff demands for higher pay.

“We are investing more in urgent and emergency care to create more bed capacity, we are ensuring that the flow of patients through emergency care is faster than it ever has been,” Sunak said in the House of Commons. 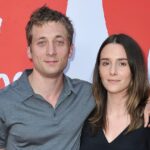 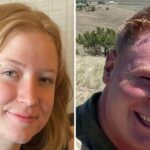