The convicted extremist — whose followers include the terrorists who beheaded UK soldier Lee Rigby in 2013 — made the disturbing call for action after the exiled royal confessed to the kills while serving in Afghanistan, the Telegraph said.

“The latest revelations from Harry that he murdered 25 Muslims in Afghanistan followed by his comment that he has no remorse and that he just saw these human beings as ‘chess pieces’ tells us everything we need to know about the Royal family and their thinking about Islam and Muslims,” Choudary wrote, the UK paper said.

“In reality, the British Royal family has a long and dark history of supporting the occupation of Muslim land, the usurpation of its resources and the oppression of Muslims.”

According to other sections shared by the Mail on Sunday, Choudary wrote that “the world now knows of the wickedness that the US, UK and others engaged in, including repeatedly murdering innocent unarmed Muslims.”

“Nevertheless, Harry still saw fit to plunge his knife further into the hearts of Muslims with his callous boastful comments,” he reportedly wrote of Harry’s widely condemned confessional.

“The latest honest outpouring from Harry should serve not just as evidence of the motives and objectives behind the British occupation of Afghanistan but also as a wake-up call for Muslims and non-Muslims to do all they can to end the occupation of foreign forces from all Muslim countries, including Syria, Iraq and those in North Africa where many British soldiers are deployed.”

Choudary’s organization, al-Muhajiroun, first gained notoriety for staging sick events to commemorate the Sept. 11, 2001, attacks with leaflets that referred to the hijackers as “the Magnificent 19.”

Some of his followers were behind despicable terror attacks such as the beheading of Rigby, 25, in the street outside his London barracks in May 2013, as well as London bridge stabber Usman Khan.

Choudary was sentenced to five-and-a-half years in prison in 2016 after being found guilty of inviting support from ISIS.

He was released in 2018 amid strict conditions, which prevented him from speaking publicly on sensitive matters. Those conditions were lifted in July 2021, following the completion of his sentence, the Telegraph noted.

“This is an absolute example of not just hate speech, but direct and indirect threat to our constitutional head of state, our monarchy, and for that matter our Government and all public servants,” former Conservative Party leader Iain Duncan-Smith told the Mail.

“The police and security services now need to move on this man, and he should no longer be free to act accordingly in the UK,” he said.

“Whatever your views on Harry’s comments, the real danger is right there with this hate preacher, trying to whip people up to violent actions. These people have no place in a peaceful democracy.”

“He has to understand that British troops are out there to serve our interests, and so he should not be calling for their heads,” Mahmood told the UK paper.

Another MP, Tobias Ellwood, told the Telegraph that Choudary and others were using Harry’s confessional to “ratchet up hate.”

Philip Ingram, a former intelligence and security officer, told the UK paper: “Any comments from Anjem Choudary like these raise the danger not just for British troops but for other established figures around the world.” 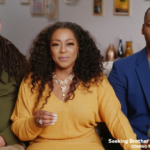 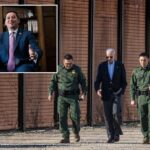