A UK grandmother was mauled to death by five American bulldogs – and a man has been arrested for allegedly owning the dangerous pups.

Ann Dunn, 65, was viciously attacked at her home in the Vauxhall area of Liverpool — with neighbors reporting hearing screams Monday afternoon, the UK’s Mirror reported.

First responders tried to save the grandmother’s life but her injuries were too serious and she was pronounced dead at the scene, according to the Liverpool Echo.

The five dogs at the property have been destroyed and a 31-year-old man faces charges of owning a dog dangerously out of control, according to Merseyside police.

A neighbor described Dunn, who worked as a cleaner, as the “loveliest person.”

“She was lovely, really funny, such a happy girl. She had not long ago been on holiday with her daughter,” the woman, who asked not to be named, told the Mirror.

“When I found out I was so upset. I couldn’t sleep that night, I was laid awake thinking about what state she must have been in when they found her. It’s awful,” she said.

“I used to see her walking to work, no matter the weather, come rain or shine she’d always walk down and never missed a day,” the neighbor added.

Another neighbor told the news outlet: “I’ve lived here for 38 years and there’s been a huge increase in the number of fatal dog attacks that you hear about or read about in the paper.

“I’ve seen lots of vicious and nasty looking dogs, I don’t know why anyone would want a dog like that, but they seem to be more and more popular,” she added.

In an online tribute, Kate Burke wrote: “RIP gorgeous lady, still can’t believe it Ann. Had some good times with you I will never forget.”

She added: “I am all so heartbroken for you kids and family right now. Don’t want to even think how they feeling. So happy I got have old chat with you on Friday even though it was only for 10 minutes, keeping looking [over] your family,” the Echo reported.

“This is clearly a very distressing incident and our thoughts are with the family and friends of the lady who died,” she told the paper. 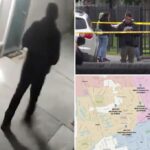 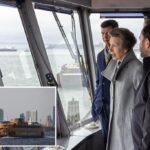