A UK vegan has been fined for refusing to stop mice overrunning her and her grossed-out neighbors’ homes because of her “ethical beliefs.”

Margaret Manzoni, 73, was been repeatedly warned by local officials in St. Osyth, a quaint village in Essex, to stop the infestation that spread to her neighbors’ homes — forcing some to even move because of the stench.

But she “considered the mice her pets” who “would not go to her neighbors because she looked after them,” Tendring District Council said.

The aging vegan “refused to take action, stating it went against her ‘ethical beliefs,’” the local council said.

She refused numerous warnings and notices and instead provided “food and shelter” for the rodents despite the complaints about their “overwhelming smell” and property damage they were causing.

The self-styled ethical vegan was first fined in April after she admitted to charges of failing to comply with the orders, the council noted.

She was hauled back to Colchester Magistrates’ Court last Thursday where she again pleaded guilty to charges of failing to comply with two notices, including one under the Prevention of Damage by Pests Act.

The court told Manzoni that “it respected her beliefs as an ethical vegan” but had no choice but to again fine her, the local authority noted.

She was fined the equivalent of around $1,650 and the local council was awarded costs of around $2,650, it noted.

Councillor Michael Talbot of the local authority’s environment committee said that “prosecution – in this case for a second time – is a real last resort.”

“But despite repeated visits, offers of help, legal notices, and the previous court action, nothing has been done by the property owner,” he said.

“We respect people’s personal beliefs and how they choose to live in their homes, but when this has a detrimental impact on others then we have no choice but to take the necessary steps to ensure everyone’s quality of life.” 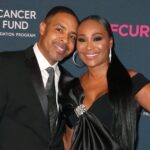 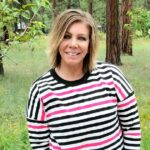