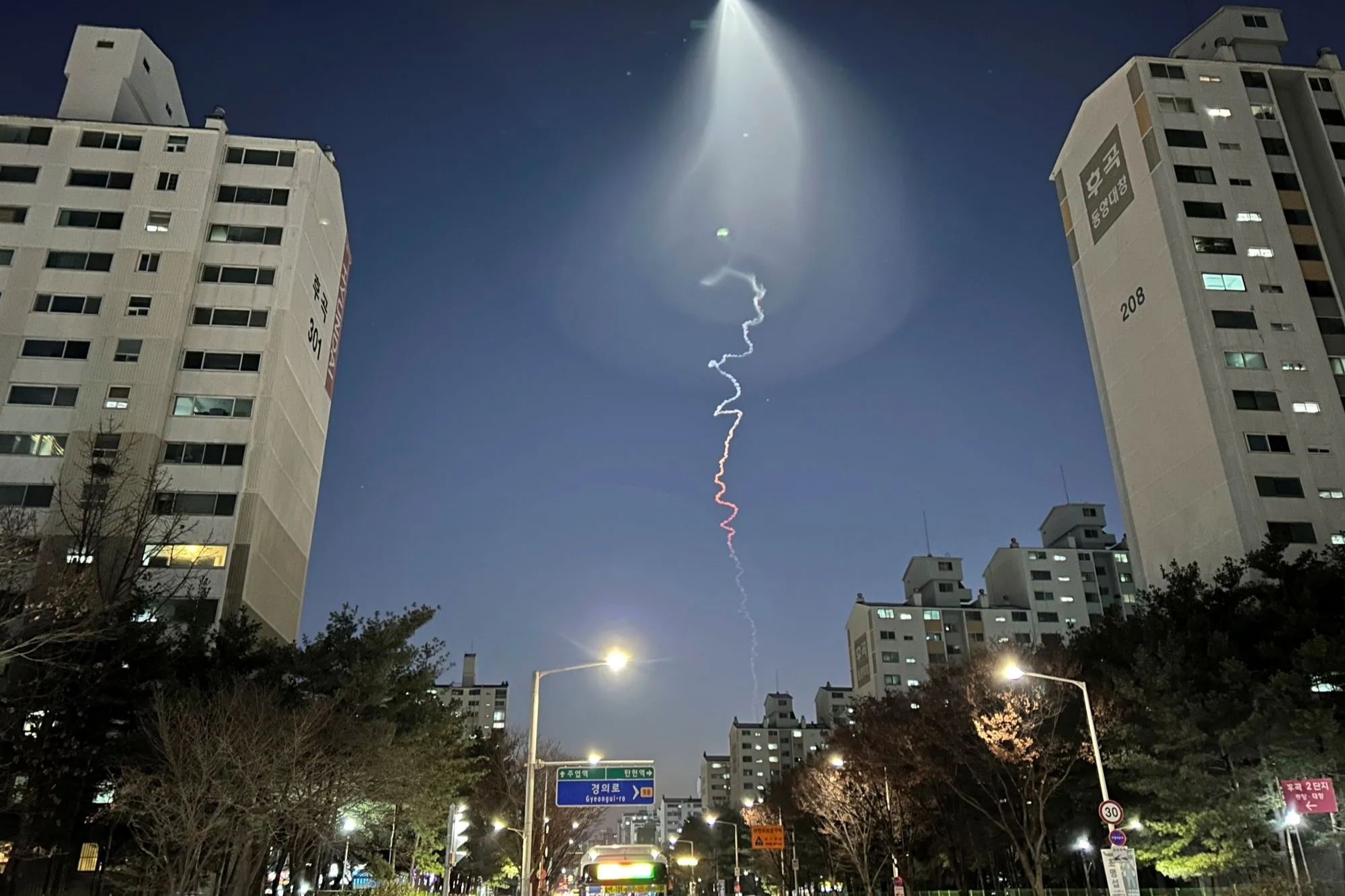 The Defense Ministry said in a statement that the rocket launch was part of its efforts to build a space-based surveillance capability and bolster its defense posture.

It said it didn’t notify the general public of the launch in advance because it involved sensitive military security issues.

A twisty tendril of vapor in white-to-red ombre could be seen snaking behind a bright white light in parts of South Korea’s sky Friday evening. South Korean social media and internet sites were abuzz with messages by citizens who said they saw a soaring object, rainbow-colored vapor trail or other mysterious lights. Some also posted photos and videos.

South Korean emergency offices and police received hundreds of citizens’ reports of witnessing of a suspicious flying object and mysterious lights across the country, according to local media.

The South Korean rocket launch came four days after the South accused the North of flying five drones across the rivals’ border Monday for the first time in five years. South Korea’s military detected the drones but failed to shoot them down, causing security concerns about its air defense network. The military later offered a rare apology for that.

South Korean officials said they plan to use a solid-fueled rocket to put the nation’s first spy satellite into orbit. In March, South Korea conducted its first successful launch of a solid-fuel rocket.

The Defense Ministry said Friday’s launch was a follow-up test of the March launch.

North Korea is also pushing to develop its first military surveillance satellite and other high-tech weapons systems to cope with what it calls US hostility. Earlier this year, North Korea performed a record number of missile tests in what experts call a bid to prefect its nuclear weapons technology and boost its leverage in future dealings with the United States. 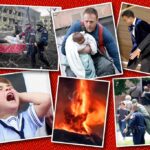 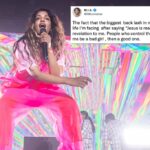 M.I.A. says she faced ‘backlash’ to career for saying ‘Jesus is real’