It was a hairy situation.

Two women were arrested in Colombia Thursday for attempting to smuggle cocaine in their hair extensions, the Colombian Ministry of Defense said.

The ladies, who used the extensions to create elaborate, poofy hairstyles, were busted at two separate airports in the South American locale, the agency said.

They were headed to Madrid, Spain and were stopped after going through security when a body scan showed foreign objects were stashed inside their hair, Colonel Carlos Alberto Potes said.

The drugs were smuggled inside of small, round black tubes and were strapped to the suspects’ scalps underneath the extensions, images show.

Authorities in Colombia proudly displayed the contraband they recovered alongside the hair extensions and the suspects in a series of images.

In all, about two kilos of the powdery white drug were recovered. 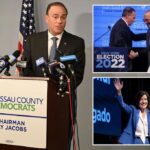 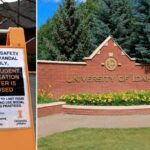