Two federal judges have publicly said they will not hire clerks from Yale Law School because of what they view as pervasive “cancel culture” at the prestigious university.

Judge Elizabeth Branch on Friday said she would join the boycott launched in September by fellow Donald Trump-appointed Judge James Ho, of the New Orleans-based 5th Circuit Court of Appeals.

Branch — who serves on the 11th Circuit Court of Appeals in Atlanta — told the National Review that she has “legitimate concerns about the lack of free speech on law school campuses, Yale in particular.”

“Like Judge Ho, I am gravely concerned that the stifling of debate not only is antithetical to this country’s founding principles, but also stunts intellectual growth,” she told the conservative outlet.

“Accordingly, I accept Judge Ho’s invitation to join him in declining to consider students from Yale Law School for clerkships with me, with an exception for past and current students.”

Branch is the first federal jurist to join with Ho, who announced his intention to boycott law clerks from Yale in a speech titled “Agreeing to Disagree — Restoring America by Resisting Cancel Culture,” which he gave last month at a Federalist Society conference in Kentucky.

In his remarks, Ho said he was not practicing cancel culture himself by refusing to hire clerks from the elite school.

“I don’t want to cancel Yale,” he said. “I want Yale to stop canceling people like me.”

He added that at Yale, “cancellations and disruptions seem to occur with special frequency.”

Ho cited Yale students interrupting conservative attorney Kristen Waggoner, who defended a Colorado baker who refused to bake a cake for a gay wedding, at an event in March.

He added that another judge, William Pryor, of the 11th Circuit Court of Appeals, was also “disrupted by loud angry law students in the classroom” a few years ago.

Yale did not immediately respond to a request for comment. 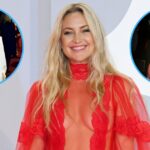 Sexy Outfits Without a Bra 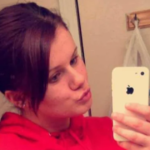