Fed up with their liberal lawmakers, a group of Republican voters in Eastern and Central Oregon just inched one step closer Tuesday to breaking ranks with their state to become part of Idaho.

Voters in two Oregon counties, Morrow and Wheeler, voted in a ballot measure to explore ways to leave the state, joining nine other counties in Eastern Oregon that are already part of the Greater Idaho movement, which began in 2020.

“Every win has been heart wrenching because we wanted to know what citizens truly wanted,” said Mike McCarter, one of the founders of the Greater Idaho movement Thursday. “We don’t want to impose anything, but this does send a message to the state legislature that they have to take care of us.”

Members of the movement say they do not feel represented by mostly liberal lawmakers in Oregon’s capital, Salem, and progressive urban residents in western cities such as Portland, Bend and Eugene.

“There’s still a long negotiation process ahead, but who would have thought that a movement we started two and a half years ago would have come this far,” said McCarter, 75. “This isn’t for me anymore. I am doing this for my children and grandchildren.”

Members of the movement are mostly rural, and opposed to abortion, the legalization of recreational drugs and limits on firearms. In the 2020 election, former President Donald Trump dominated Eastern Oregon, receiving nearly 80% of the vote in some counties, but President Biden ultimately won 56.5% of Oregon votes thanks to liberal cities.

The Greater Idaho movement is a radical proposition that would see nearly two-thirds of Oregon’s 63 million acres (98,000 square miles), but less than 10% of its population, join neighboring Idaho.

“The movement is plain and simple, and all about values, not politics,” said Jonathan Tallman, 46, a farmer and small business owner who lives in Boardman, a city of 4,860 in Morrow County, one of the regions in Eastern Oregon that voted to study the steps necessary for secession. “We don’t relate to people in downtown Portland trying to push their agenda on us.”

For Tallman, who also runs a coffee shop and store that sells organic produce from his family farm, that agenda includes a rise in homelessness and drug use in Portland where he used to live, he said. “I don’t want to be a part of what they are pushing, and to be honest, I don’t feel safe going to Portland anymore.”

Republican gubernatorial candidate Christine Drazan campaigned on some of those concerns and lost by a thin margin to her Democratic rival Tina Kotek Tuesday.

Tallman is also an advocate for land rights and has been fighting against Amazon Web Services and a local power company that is threatening to take away part of the family’s land by eminent domain to deliver more electricity to Amazon’s business.

“This powerline is not for the public good,” Tallman told The Post, adding that his family has been farming their Oregon property since 1978. “It’s just for Amazon. Maybe Idaho would have a lot more respect for property rights.” 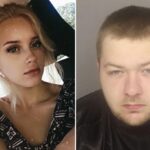 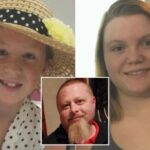