Two men were killed by knife-wielding roosters in separate freak cockfighting mishaps in India this week, according to news reports.

Both men — an unlucky spectator and the owner of one of the fighting cocks — bled to death after they were slashed by the feathered combatants, who had sharp knives strapped to their legs by their handlers, New India Express reported.

Both incidents occurred Sunday during celebrations for the Hindu Makar Sankrati festival, according to the outlet.

In the first incident, Gande Suryapraksha Rao, 43, had tied the blades to his fighting rooster prior to a fight with another bird — and was fatally slashed when the cock got spooked by the crowd, flew into the air and landed on him.

Rao’s leg was slashed so severely that he bled out and was pronounced dead despite being rushed to a local hospital, the outlet said.

In the second mishap, a cockfighting spectator in the East Godavari district, identified by the Express as K. Padmaraju, was slashed in the hand and bled out.

But it remains popular in certain circles and in underground gambling dens.

The cruel practice even continues in parts of the US — last month the final member of an Alabama family that ran illegal cockfights was sentenced on federal charges.

George Easterling and his family were hit with prison sentences ranging from 25 to 77 years for running the illicit operations, prosecutors said. 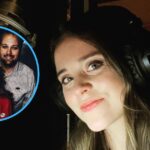 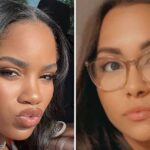 ‘Teen Mom: Family Reunion’ Fight: What Happened and Why