Two young Florida boys were killed when a lightning bolt struck their rowboat, sending them and three of their pals into the water.

Langston Rodriguez-Sane, 12, Gavin Christman, 13, and their teammates were thrown overboard when the lightning hit their boat on Sept. 15 as they practiced on Lake Fairview in Orlando, the North Orlando Rowing Club said.

“During a routine middle school rowing practice on Lake Fairview, a bolt of lightning triggered fatal injuries to these boys that resulted in the boat capsizing,” the club said in a GoFundMe campaign.

“Their three heroic teammates, who were also aboard, righted the boat, and with the help of their coach, were able to bring Langston to shore. He was rushed to the hospital where he later passed away,” it said in the campaign, which raised $31,845 of its goal of $40,000 by Monday morning.

“Gavin was missing in the lake for 24 agonizing hours until a recovery crew brought him to the surface so his family and friends could say goodbye,” it added.

Gavin was described as a “charming” boy with a “keen intellect” whose “quick wit brought laughter to even the most mundane of situations.”

Langston, who clung to life for two weeks, “was welcomed into heaven on his 12th birthday as family and friends gathered to celebrate the infectious joy that he brought to so many lives,” the rowing club said.

He “had a playful sense of humor that made those around him laugh and smile, especially his big sister. He was uniquely and unapologetically himself. He loved playing video games, feeding his insatiable sweet tooth, and jamming to Hall & Oats, Sinatra and reggae,” it continued.

In a Facebook post, North Orlando Rowing said: “It is with broken hearts that we share the passing of a second rower involved in last Thursday’s weather-related tragedy.

“The NOR community is devastated and continues to focus on supporting our affected families and our entire NOR team during this difficult time.

“We continue to cooperate with local authorities and USRowing as they investigate the incident. Until the investigation is complete, we are unable to provide further comment,” NOR said.

“We are beyond grateful for the outpouring of love and concern from around the world. Please continue to hold our families in your prayers,” the club added. 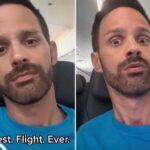 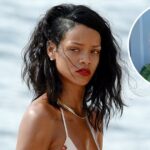 Pictures of the Singer in a Swimsuit