A Twitter manager threw up in a trash can after new CEO Elon Musk directed him to fire hundreds of employees as part of the company’s decision to slash it’s workforce in half, according to a new report.

The graphic detail was revealed in a sweeping New York Times report published Friday that painted a grim picture of Twitter’s overhaul as it faces executive resignations, fleeing advertisers and revenue struggles.

The Times spoke with 36 current and former Twitter employees since Musk’s $44 billion takeover of the social media giant, some of whom told the newspaper many staffers learned about the mass layoffs via an internal Slack channel where HR and legal teams discussed the impending move two days before they began on Nov. 4.

One widely-shared message on Slack indicated as many as 3,738 workers could be laid off. Employees immediately began saying their goodbyes and exchanging information, The Times reported.

“One engineering manager was approached by Mr. Musk’s advisers — or ‘goons,’ as Twitter employees called them — with a list of hundreds of people he had to let go. He vomited into a trash can near his feet,” The Times wrote.

On Nov. 3, employees received an email indicating that they would be informed of their status with the company the following morning. The next day, half the Twitter workforce was gone — including 80 percent of its engineering staff.

Those that remained behind “slept in the office as they worked grueling schedules to meet Mr. Musk’s orders,” according to the report.

To keep the company running on fumes, Musk told employees “Those who are able to go hard core and play to win, Twitter is a good place,” according to The Times. “And those who are not, totally understand, but then Twitter is not for you.”

In an embarrassing move, dozens of laid off workers were asked back because some were cut by mistake and others were terminated before management realized their work and experience are potentially valuable to help build new features Musk wants for the site, according to a Bloomberg report, which cited two people familiar with the move.

Since the layoffs, Musk has scrambled to reign in the floundering company, introducing a controversial $8 blue verification check mark as part of its new subscription service, Twitter Blue. The program, which has been nothing short of chaotic since it was first launched, was suspended on Friday.

This week a string of Twitter’s key figures to join the exodus during the unprecedented crisis including Yoel Roth, 35, Twitter’s Former Head of Trust & Safety who who censored The Post’s Hunter Biden exposés.

Damien Kieran, also announced his resignation, changing his bio to “Ex-Chief Privacy Officer” and sharing a photo of him leaving behind his laptop and Twitter passes, calling it a “time honored tradition.” 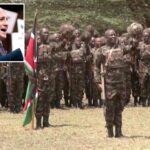 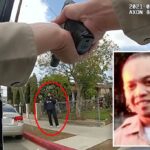