Over 26,200 tweets and retweets containing the N-word were published between Oct. 31 and November 6, researchers at the Center for Countering Digital Hate discovered.

A chart released by the researchers shows the last time Twitter usage of the racial slur spiked was in April, the month Musk announced he planned to acquire the social media platform.

The study — which compared the usage of the slur during the week beginning Oct. 31 to the average throughout 2022 — was released one day after Twitter’s Head of Trust and Safety Yoel Roth claimed hate speech on the platform was down.

“We’ve not only mitigated the recent surge in harmful behavior, but have reduced impressions on this content in Search by ~95% relative to even prior baseline levels. We’re continuing our work to make Twitter safer every day,” Roth said in a Wednesday tweet.

According to the CCDH, hate speech on the platform containing several other derogatory epithets also soared during the first week of November.

Tweets with slurs targeting trans people increased 53%, while instances of an offensive term for homosexual men shot up 39% over the yearly average.

“The figures show that despite claims from Twitter’s Head of Trust and Safety, Yoel Roth, that the platform had succeeded in reducing the number of times hate speech was being seen on Twitter’s search and trending page, the actual volume of hateful tweets has spiked,” the CCDH said.

Within 12 hours of Musk’s Oct. 27 acquisition of Twitter, references to a specific racist epithet used to demean black people shot up by 500%, according to an analysis conducted by the Network Contagion Research Institute, a Princeton, New Jersey-based firm that tracks disinformation.

“Again, to be crystal clear, Twitter’s strong commitment to content moderation remains absolutely unchanged,” Musk said last week. “In fact, we have actually seen hateful speech at times this week decline *below* our prior norms, contrary to what you may read in the press.”

Musk has vowed to restore free speech to the platform by reinstating suspended accounts and allowing all accounts verification for an $8 per month subscription fee.

The billionaire’s drastic changes to the platform and the company has caused tremendous backlash. 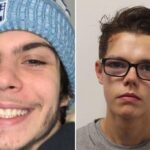 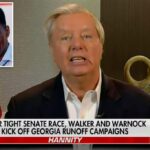