Twitter is delaying doling out blue verification check marks as part of its new subscription service until after Tuesday’s elections — while the company is already asking some fired workers to come back, reports say.

The social-media giant, bought by tech billionaire Elon Musk late last month, is holding off on the “verification” part of its new premium $8-a-month subscription service after worries grew that the move could affect Tuesday’s midterm Election Day, according to the New York Times, which cited an internal post it reviewed and two people with knowledge of the decision.

Twitter workers and users conveyed concerns the new service could lead to confusion on Tuesday’s Election Day, with social-media users possibly posing as officials or news outlets and paying for a verification badge in a bid to push out false information.

The company decided to hold off on that aspect of the subscription just one day after it announced the monthly cost requirement as part of the app’s special offering dubbed Twitter Blue.

After a Twitter employee questioned on an internal Slack channel Saturday why the company was “making such a risky change before elections, which has the potential of causing election interference,” a manager replied Sunday, “We’ve made the decision to move the launch of this release to Nov. 9, after the election,” the Times reported.

Musk, in a series of tweets Sunday evening, did not address the Times report, but warned there would be harsh consequences for users that impersonate another person on the site.

“Previously, we issued a warning before suspension, but now that we are rolling out widespread verification, there will be no warning,” Musk additionally said. “This will be clearly identified as a condition for signing up to Twitter Blue.”

He also tweeted that any name change will lead to a “temporary loss of verified checkmark” and stressed in a reply to another user that while pseudonyms are acceptable, “the high-level principle is just that verified users can’t engage in malicious deception.”

In other tweets, he touted how “Widespread verification will democratize journalism & empower the voice of the people” and Twitter’s mission was “to become by far the most accurate source of information about the world.”

Comedian Sarah Silverman poked fun at Musk Saturday by temporarily copying his profile photo, cover image and name with only her handle @SarahKSilverman remaining the same, according to a CNN report.

“I am a freedom of speech absolutist and I eat doody for breakfast every day,” Silverman tweeted Saturday before her account was temporarily restricted Sunday and she then changed it back, CNN reported.

TV actress Valerie Bertinelli took similar action by changing her name to Musk’s name Friday and touting Democratic candidates under his name before changing her account back Sunday, CNN reported.

The paid-for verification badge was rolled out as part of the subscription service in a bid to raise funds for the money-losing social network.

Musk, a billionaire and Tesla’s CEO, also cut Twitter’s workforce Friday to stabilize finances, saying in a tweet he had no choice because the company was losing $4 million every day.

But in an embarrassing flub, Twitter reportedly pleaded for some of those workers to take their old jobs back over the weekend.

Dozens of laid off workers were asked back because some were cut by mistake and others were terminated before management realized their work and experience are potentially valuable to help build new features Musk wants for the site, according to a Bloomberg report, which cited two people familiar with the move.

About 3,700 workers lost their job Friday. 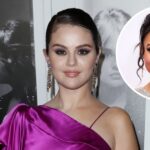 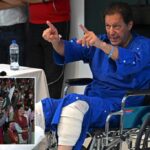