Jack Dorsey still loves Twitter — even if the platform’s employees, especially those who were just sacked by new owner Elon Musk, are no longer too fond of him.

“Folks at Twitter past and present are strong and resilient,” Dorsey tweeted Saturday morning, a few hours after The New York Post ran a story about how Twitter staffers, may of whom were fired by Musk Friday, “hate” him.

“They will always find a way no matter how difficult the moment. I realize many are angry with me. I own the responsibility for why everyone is in this situation: I grew the company size too quickly. I apologize for that.”

“I am grateful for, and love, everyone who has ever worked on Twitter,” Dorsey added. “I don’t expect that to be mutual in this moment…or ever…and I understand.”

Dorsey, 46, one of four co-founders of Twitter,  stepped down as CEO a year ago this month.

Just a little over a week after his fellow billionaire Elon Musk bought Twitter for an estimated $44 billion and began firing half the staff, Dorsey launched a social media company called Bluesky: a new kind of decentralized platform that promises to give users and developers more autonomy.

Dorsey, who also founded the monetary-payment company Block, chose to roll over his $1 billion stake, or 18 million shares, in Twitter rather than cashing out.

But, sources said, there is resentment among Twitter employees — half of whom are expected to lose their jobs under Musk.

“Jack is hated at Twitter,” a source familiar with the situation told The Post. “They blame what happened with Elon taking over the company on Jack. Parag [Agrawal, the recently-ousted head of Twitter] and the board think he is this really bad character. 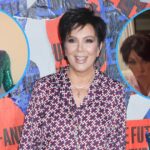 Kardashians Dress Up As Kris Jenner for Birthday Party: Photos 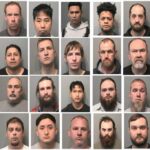