The wealthy owner of Tiffany’s jewelry empire in Turkey is believed to have plunged to her death from a cruise ship during a dream vacation with her Swiss lover – who has been questioned and released in the mysterious case.

Dilek Ertek, 71, fell off the Norwegian Spirit into the South Pacific off the coast of Tahiti on Oct. 26 and her body has not been recovered, Newsflash reported.

The tycoon’s son Gokce Atuk said jewelry had disappeared from the safe in her cabin.

Closed-circuit camera footage shows that Ertek went overboard about 3 a.m., yet her unnamed 74-year-old boyfriend only reported her missing about 20 hours later, according to local reports.

Experts wondered how the 5-foot-1 woman ended up going over the 3-foot-high railing in her cabin.

“It is difficult to fall from this type of passenger and cruise ship,” Mustafa Can, a ship captain, reportedly told Turkish media.

At the family’s urging, police questioned Ertek’s lover after the crew kept him under observation until the ship docked in Tahiti three days later.

The man reportedly returned to Switzerland after being released due to a lack of evidence.

Ertek boarded the ship in Papeete, French Polynesia, on Oct. 24 and planned to celebrate her birthday in Bora Bora on Nov. 5, en route to Honolulu, according to Newsflash.

The Turkish newspaper Sabah cited a local officer saying in social media that assuming the couple were staying in the same cabin, “I find it very suspicious that the missing situation is not reported.

“Because on cruise ships, daily activities and entertainment are organized frequently and everyone is in contact with each other,” he reportedly wrote.

“People who cannot hear from each other inform the front desk and make an announcement. So it is confusing that the news of the disappearance is given 20 hours later,” he added.

Ertek, who opened the first Tiffany & Co shop in Istanbul in 1995, was a graduate of Mimar Sinan University’s Department of Architecture, the Daily Mail said.

She went on the study at the Gemological Institute of America in the Big Apple, according to the report. 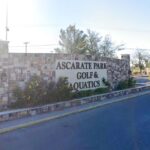 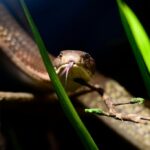