A man will spend the rest of his life behind bars after he pushed his pregnant wife off a cliff so he could collect a life insurance policy.

Hakan Aysal, 41, was convicted of shoving his seven months pregnant wife Semra Aysal, 32, off a cliff in the popular beauty spot Butterfly Valley in Mugla, southern Turkey in June 2018.

He had lured his wife – who was afraid of heights – to the edge of the 304-meter cliff on the pretense of taking a selfie, but then pushed her over.

A court heard how he committed the horrific act, which took place in June 2018, amid a twisted plot where he took out life insurance on her behalf worth $A39,000, which he quickly claimed after her death.

In an earlier hearing, Aysal, who initially denied the killing, was found guilty.

This week, the Fethiye High Criminal Court heard a last-minute insanity plea by the 41-year-old, but it was rejected.

He attempted to challenge the verdict, claiming he had been mentally disturbed, but medics from the 4th Specialisation Department of Forensic Medicine dismissed his claims.

On Tuesday, he was told he must serve at least 30 years in jail before he can be considered for release.

Police became suspicious of Aysal after photos of the couple atop of the cliff were shared in news reports which prompted a witness to come forth to with video evidence of the 41-year-old Turk acting strangely.

Recep Sahin, who filmed Semra’s last moments alive, took the stand at a previous hearing and told the court: “I stopped there to see the view of Kabak Bay with my family.

“My daughter was filming the view with my phone and the Aysal couple came down the slope at that moment.

Another witness said Aysal appeared unusually calm after the incident.

He said: “I was driving there when I saw someone was waving at me, and I stopped.

“Hakan came and said his wife had fallen down the cliff. We immediately got out of the car and started looking for her, but we couldn’t see where she would have landed from where we were.”

Mr Sahin added: “We tried to get closer to the edge for a better look. Hakan did not come with us down there.

“We stayed there until the gendarmerie arrived. Hakan was very carefree and calm. He was not acting like a man whose wife just had fallen off a cliff.”

Aysal was the sole beneficiary of his wife’s insurance and had taken out life insurance on her behalf following her death – but it was rejected when police announced an investigation into Semra’s death.

The victim’s older brother, Naim Yolcu, said in a previous hearing: “When we went to the Forensic Medicine Institute to get the body, Hakan was sitting in the car. My family and I were destroyed, but Hakan did not even appear sad.”

He added: “My sister was always against taking out loans. However, after she died, we learned she had loans taken out by Hakan on behalf of my sister. “

He told the court Aysal had a fear of heights and said it made no sense for him to take Semra up a cliff.

Aysal claims he’s been into extreme sports like mountain climbing since 2014.

His social media account showed countless photos of his apparently high-flying lifestyle in which he traveled all around the country and stayed in top hotels abroad.

When quizzed about a clause in his wife’s insurance that made him the sole beneficiary of any payout in the event of death, he said: “I did not examine the policy closely. The banker arranged the paperwork. I just brought it to my wife to get it signed. I was not aware there was such an article.”

He denied being responsible for Semra’s death, telling the court at the time: “After taking a photo, my wife put the phone in her bag. Later, she asked me to give her the phone.

“I got up and then heard my wife scream behind me when I walked a few steps away to get the phone from her bag. When I turned back, she was not there. I did not push my wife.”

Femicide is a growing problem in Turkey, particularly after the country officially quit the Istanbul Convention in July last year.

According to the 2021 Annual Data Report by the ‘We Will Stop Femicide Platform’, 280 women were killed by men in 2021, while 217 women were found suspiciously dead. 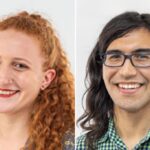 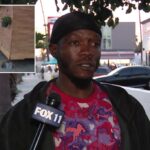