An Oklahoma District Attorney was stabbed at his home Tuesday — and his daughter was arrested in the shocking crime, police said.

Tulsa County District Attorney Steve Kunzweiler called 911 after he was stabbed “multiple times” following an altercation with his adult daughter at his south Tulsa home around 3 p.m., KTUL reported.

Kunzweiler was taken to an area hospital, where he is expected to make a full recovery, the DA’s office told Fox23.

The situation escalated due to the daughter’s mental condition. After she allegedly stabbed her father, she cut herself, officials said.

She was also transported to the hospital with non-life-threatening injuries.

“The entire Kunzweiler family would appreciate your prayers and concerns as they go through this struggle. They would also appreciate your concern for their privacy at this time,” the DA’s office told Fox23 in a statement.

Kunzweiler has served as district attorney since 2015. 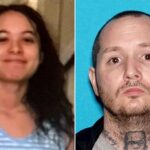 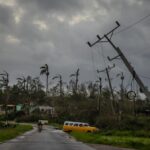