One of former President Donald Trump’s top White House aides slammed his ex-press secretary Kayleigh McEnany as “a liar and an opportunist” in testimony to the House Jan. 6 committee.

“I am a Christian woman, so I will say this. Kayleigh is a liar and an opportunist,” Griffin told investigators during her scathing testimony.

Griffin alleges that McEnany misled the public in an effort to stay in Trump’s “good graces” after his presidency.

“I wish her the best, but she made – she’s a smart woman. She’s a Harvard law grad. This is not an idiot,” Griffin continued. “She knew we lost the election, but she made a calculation that she wanted to have a certain life post-Trump that required staying in his good graces. And that was more important to her than telling the truth to the American public.”

Griffin said that she never confronted McEnany about the issue, but she believed the White House spokeswoman saw defending Trump’s efforts to overturn the 2020 election results as a “last public-facing stand” that would “set” her up for life.

McEnany was hired as a contributor on Fox News after Trump left office.

“She got her FOX News gig. It worked out precisely how she’d always planned for it to, but she knew better,” Griffin told the Jan. 6 committee.

According to Griffin, McEnany and “most people around [Trump] know” that the former commander in chief was defeated in the 2020 election.

“The only people I think are true believers are like Dan Scavino, Johnny McEntee, [Mark] Meadows to some degree,” she told the select committee investigating last year’s riot at the Capitol Building.

Griffin resigned from her Trump administration post in December 2020 over concerns with the White House’s message that the election results may be fraudulent. 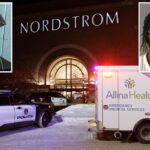 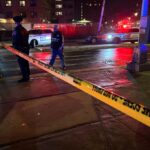 Cops shoot man after he pulls gun on cops in Queens