According to a transcript of Kushner’s March 31 interview released on Friday, White House deputy chief of staff Dan Scavino sent Kushner an email on Nov. 9, 2020, stating that “POTUS wants to trademark/own rights to” the terms “Save America PAC!” and “Rigged Election!”

Nov. 9 was the Monday after Election Day and two days after media outlets called the race for Joe Biden.

Kushner forwarded Scavino’s request to a group that included his brother-in-law, Eric Trump, tasking them with registering the terms “ASAP” and securing appropriate URLs. When the president’s son learned the campaign had already registered the URL for “Save America PAC,” Trump 2020 campaign CFO Sean Dollman suggested simplifying the phrase to “Save America.”

Kushner denied knowing why Trump, now 76, made the request or what the trademarks would be used for, telling the committee: “I was given a request, sent it to people I thought were the right people, and asked them to do it.”

The copyright requests likely had financial motivations, as they came the same day Dollman filed paperwork with the Federal Election Commission creating Save America PAC, according to the transcript.

Kushner also said the URL registrations were ultimately used to solicit funds for the political action committee. He added that he believed the PAC would “be a forum to try and work for reforming of elections and political activities” rather than advance Trump’s claims that a second term had been stolen from him.

Much of that money was later spent on legal bills as Trump challenged the election results in several battleground states over the following weeks.

Kushner did not say whether the campaign was successful in copyrighting “Rigged Election!” or “Save America” as the 45th president had requested, but neither phrase appeared in searches of the US copyright catalog on Friday.

Additionally, URLs for “Save America PAC” and “Rigged Election” came up with no results Friday. While there is a SaveAmerica.com, that website states it is not affiliated with the former president. 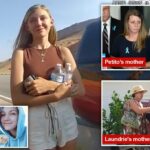 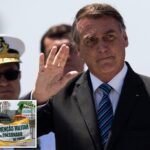