Former President Donald Trump vowed Thursday that he will ban the federal government from using the terms “misinformation” and “disinformation” to describe domestic speech if he retakes the White House.

The 76-year-old Trump made the pledge as part of a broader “free speech” platform announced in a video policy statement shared with The Post — pledging also to impose a seven-year ban restricting former FBI and CIA workers from handling private-sector US consumer records.

“The censorship cartel must be dismantled and destroyed — and it must happen immediately,” Trump said in the video.

Some of Trump’s proposed policies — such as barring legal immunity for tech platforms under Section 230 of the Communications Decency Act unless they act neutrally — have been pushed by the 45th president since his time in office, while others would forge new ground.

Trump said that one of his first acts as president in January 2025 would be to prohibit federal policing of lawful domestic speech.

“Within hours of my inauguration, I will sign an executive order banning any federal department or agency from colluding with any organization, business, or person, to censor, limit, categorize, or impede the lawful speech of American citizens,” he said.

“I will then ban federal money from being used to label domestic speech as ‘mis-‘ or ‘dis-information’. And I will begin the process of identifying and firing every federal bureaucrat who has engaged in domestic censorship — directly or indirectly — whether they are the Democrats, Republicans, the Department of Homeland Security, the Department of Health and Human Services, the FBI, the DOJ, no matter who they are.”

Although barring the use of the terms “misinformation” and “disinformation” would be a dramatic break from the Biden administration — which has admitted to “flagging” posts for Facebook to censor while allegedly operating social media tip-lines with deletion requests — it also is in line with the stance of left-leaning First Amendment advocates.

The American Civil Liberties Union said in response to an Oct. 31 report by The Intercept about federal pressure on social media to censor content: “The First Amendment bars the government from deciding for us what is true or false, online or anywhere.”

Trump announced his third consecutive presidential on Nov. 15 but has kept a relatively low profile without his trademark rallies and without the blanket media coverage that defined his first bid in 2015 and 2016.

His first month of the campaign has been buffeted by Attorney General Merrick Garland’s appointment of a special counsel, veteran prosecutor Jack Smith, to lead investigations into Trump’s role in challenging the 2020 election results and his handling of classified records. Trump has faced controversy for dining with rapper Kanye West despite his recent record of anti-Jewish remarks and West’s white nationalist associate Nick Fuentes.

“To confront the problems of major platforms being infiltrated by legions of former deep staters and intelligence officials, there should be a 7-year cooling-off period before any employee of the FBI, CIA, NSA, DNI, DHS, or DOD is allowed to take a job at a company possessing vast quantities of U.S. user data,” Trump said.

The ex-president also pitched a digital Bill of Rights that “should include a right to digital due process — in other words, government officials should need a court order to take down online content, not send information requests such as the FBI was sending to Twitter.” 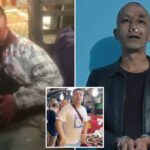