Former President Donald Trump on Sunday called on Jews in the US to be “more appreciative” of his administration’s work regarding Israel.

Trump, in a message on his Truth Social platform, said he had “done more” for the Jewish state that any of his predecessors, claiming he was popular enough in Israel to serve as the nation’s prime minister.

“No President has done more for Israel than I have. Somewhat surprisingly, however, our wonderful Evangelicals are far more appreciative of this than the people of the Jewish faith, especially those living in the U.S.,” he wrote.

“Those living in Israel, though, are a different story – Highest approval rating in the World, could easily be P.M.!” the Republican continued.

“U.S. Jews have to get their act together and appreciate what they have in Israel – Before it is too late!”

The potential 2024 presidential candidate recognized Jerusalem as the capital of Israel and moved the US embassy there from Tel Aviv during his tenure in the White House.

He formally acknowledged the disputed annexed Golan Heights territory was in Israel, not Syria, and reversed an Obama-era deal that removed sanctions from Iran, an enemy of the country, before his Jewish son-in-law Jared Kushner brokered accords between Israel and the United Arab Emirates and Bahrain.

Trump, 76, has previously chided American Jews — who mostly lean Democratic — for not showing enough support to Israel, a major US security ally in the unstable region.

Jonathan Greenblatt, the CEO and national director of the Anti-Defamation League, slammed Trump over his comments on Sunday, accusing the former president of anti-Semitism.

“We don’t need the former president, who curries favor with extremists and antisemites, to lecture us about the US-Israel relationship. It is not about a quid pro quo; it rests on shared values and security interests. This ‘Jewsplaining’ is insulting and disgusting,” Greenblatt wrote on Twitter.

“I hope the Biden administration comes to see that their policy in the Middle East has been an enormous mistake,” Pompeo told John Catsimatidis on WABC 770 AM’s “Cats Roundtable.”

“It has alienated Israeli friends and partners from the United States because we’re talking to the Iranians — the very Iranians who are providing drones to the Russians, who are killing the Ukrainians,” Pompeo said. “That’s nutty that we give the Iranians more money to kill the Ukrainians that we’re trying to support.”

Former Israeli Prime Minister Benjamin Netanyahu said Sunday he thought the Biden administration’s diplomacy efforts were misguided, claiming that Iran wants to destroy both Israel and the US. 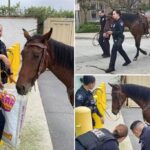 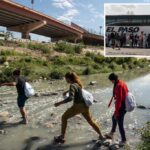