Senior advisers for Donald Trump say he will hold an “intimate” election event later this month in South Carolina and dispute criticism that the former president’s 2024 White House campaign has gotten off to a lackadaisical start since it launched in November.

The three staffers – Brian Jack, Chris LaCivita and Susie Wiles – told Politico in an interview Wednesday that Trump will be in Columbia, S.C., at the end of January for a campaign event that they characterized as more “intimate” than a typical rally.

They say it is part of a strategy to ramp up the campaign in a state hosting an early Republican primary after Trump announced he would mount a third bid at his Mar-a-Lago Florida home.

The trio said Trump, 76, has opened up his campaign headquarters in West Palm Beach, made numerous appearances for Republican candidates during the 2022 midterm elections and is involved in assembling a senior staff.

“Not all that occurs in the campaign is done in the public eye. … There’s a level of expectation that is maybe pushed by people that don’t view the campaign in maybe the most positive light,” LaCivita told Politico.

“You have to husband your resources, you have to plan and you have to be ready, and so all of that — we don’t advertise those aspects of campaign building, of campaign organizing,” he said.

“People want to push, ‘Why aren’t you doing rallies?’ Well, I think it would be kind of crazy to be spending huge amounts of money this far out,” LaCivita said.​

The former president, known for boisterous rallies that filled coliseums with cheering supporters during the 2016 and 2020 campaigns, is so far the only announced candidate for 2024.

​​His advisers say it’s too early for large-scale rallies. ​​

“People want to push, ‘Why aren’t you doing rallies?’ Well, I think it would be kind of crazy to be spending huge amounts of money this far out,” LaCivita said.

In South Carolina, Trump could be up against two Republican rivals from the Palmetto State.

But Wiles said he believes Trump is in a favorable position in South Carolina, noting “there’s no data that I’ve seen that suggests otherwise.”

President Biden, 80, is also expected to seek reelection in 2024 but has so far not announced it officially. 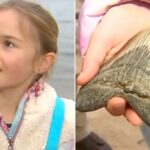 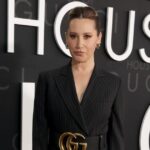