Former President Donald Trump on Monday told a crowd at an Ohio rally that he’ll be making a “very big announcement” from his Florida estate next week.

Many Trump insiders had expected that the former president would use Monday’s rally outside of Dayton, Ohio, to officially launch his 2024 campaign.

But his speech came and went with no announcement — just a tease of a future one.

“I’m going to be making a very big announcement on Tuesday, Nov. 15 at Mar-a-Lago, Florida,” Trump told the rally-goers.

“We want nothing to detract from the importance of tomorrow,” Trump added, referencing the Nov. 8 midterm elections.

Several members of the Trump clan, including the former president’s two sons Donald Trump Jr. and Eric Trump and their significant others, Kimberly Guilfoyle and Lara Trump, were in attendance for the announcement of the announcement, leading to intense speculation that Trump would use the event to declare his 2024 intentions.

Trump used the evening to tout his White House accomplishments, praise Republicans he’s backed for office, and denounce the Biden administration and Democrats for what he called their “growing left-wing tyranny.”

Trump used a particularly large portion of his address to rail against the situation at the southern border.

“There is no more urgent task than to stop the invasion on the southern border,” Trump said, adding that he believes it is the “worst border in the history of the world anywhere.”

At one point, Trump took a shot against House Speaker Nancy Pelosi (D-CA), calling her “an animal.”

“Of course, I think she’s an animal too if you want to know the truth,” he added.

“They’ll say ‘Oh what a horrible thing he said about Nancy.’ She impeached me twice for nothing!” the former president went on, railing against the House speaker.

Reps. Jim Jordan (R-OH) and Marjorie Taylor Green (R-GA) were among the lawmakers at the rally who warmed up the crowd before Trump’s arrival. Republican Ohio Senate candidate JD Vance and Republican Gov. Mike DeWine also addressed the crowd and were called up on stage by Trump, who urged Ohioans to turn out to the polls for both candidates.

Vance, who urged the crowd to “run up the score” on the Democrats Tuesday, was received far better by the audience than DeWine, who appeared to be booed by a large portion of the attendees.

“In 2024, most importantly, we are going to take back our magnificent White House,” Trump said near the end of the rally, without explicitly saying that he would be the one to do it. Trump used the word “we” to describe GOP efforts to retake the House and Senate as well.

The former president has been hinting for over a year that he intends to launch his third run at the White House in 2024. 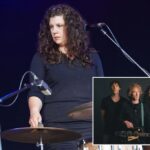 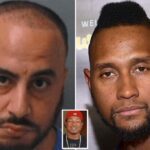