Former President Donald Trump doesn’t have to confirm whether the FBI’s list of classified documents and other items seized in last month’s Mar-a-Lago raid is correct before he and his legal team review the haul, a Florida federal judge ruled Thursday.

Special master Raymond Dearie had asked the 45th president’s team to file a declaration or affidavit about the validity of the inventory after Trump claimed that agents may have planted some of the documents removed from his Palm Beach resort during the Aug. 8 operation.

But US District Judge Aileen Cannon agreed with the former president’s attorneys, who argued that Dearie’s request overstepped the bounds of Cannon’s order that asked the government for a certified inventory list.

“The Court’s Appointment Order did not contemplate [Trump’s] obligation,” wrote Cannon in her six-page ruling, adding that “the parties and the Special Master now are situated to proceed forward with the review process.”

Dearie, appointed by Cannon at Trump’s request, had asked the DOJ to issue a detailed inventory list and certify it was full and accurate by this past Monday.

The government complied with an updated list that is roughly the same as its initial inventory showing more than 100 documents marked “CONFIDENTIAL,” “SECRET, or “TOP SECRET” were removed from Mar-a-Lago.

Investigators said they sought authorization to raid Trump’s home on suspicion he might have been improperly keeping government documents since leaving the White House in 2021. Trump has made various claims in an attempt to discredit the raid, including accusations that agents planted documents, as well as that he had declassified the records he held.

If Trump’s lawyers had affirmed the inventory’s accuracy, they would have contradicted their own client’s claims and also acknowledged the presence of classified materials in the home.

A sitting president has broad authority to declassify records, but Trump’s legal team hasn’t produced evidence that he gave the order while in office to change the status of any of the records seized. Even if the records were “all declassified” as Trump has claimed, the former president could still face charges for improperly holding government documents after leaving office, experts have said.

As part of the schedule set by the special master, Trump’s team was to note in its certification whether there were items on the government’s inventory list that weren’t seized during the raid. The attorneys were also to list in the certification any documents that were taken but not listed by the government.

“This submission shall be Plaintiff’s final opportunity to raise any factual dispute as to the completeness and accuracy of the Detailed Property Inventory,” Dearie wrote on Sept. 23. The two sides would then get a chance to respond to any factual disputes.

The special master initially gave Trump’s team until Friday to submit its claims, but later pushed the deadline back to Oct. 7. In her Thursday order, Cannon gave Trump and the DOJ until Oct. 5 to find a document review vendor to scan the seized documents.

Cannon also set an Oct. 13 deadline for the government to make all the records available to Dearie and the Trump team except those subject to attorney-client privilege claims.

The Florida judge also gave Dearie until Dec. 16 to complete his review of the documents for attorney-client, executive privilege and other protections.

The Justice Department, for its part, suggested earlier this week that the Trump team should not be able to avoid stating its position on the record or following Dearie’s directives.

“The Special Master needs to know that he is reviewing all of the materials seized from Mara-Lago on August 8, 2022 — and no additional materials — before he categorizes the seized documents and adjudicates privilege claims,” the department said.

The Tuesday filing ended with a pointed reminder to Trump and his lawyers: “Plaintiff brought this civil, equitable proceeding. He bears the burden of proof.” 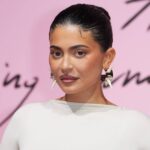 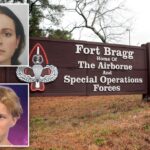 US Army major, wife charged with plotting to hand over medical records to Russia