Former President Donald Trump attempted to weaponize the Internal Revenue Service and repeatedly asked his former chief of staff to have the agency investigate his political opponents, a new report found.

Trump’s White House chief of staff, John Kelly, told the New York Times that his one-time boss demanded him to “get the IRS on” former FBI director James Comey and his deputy Andrew McCabe after the men criticized him.

The revelation comes after Comey and McCabe were selected for a rare and intense audit by the IRS in the years following Kelly’s departure, the newspaper reported.

Kelly, who was chief of staff from July 2017 through January 2019, said the requests were in addition to Trump’s more widely-reported attempts to use the Justice Department against his critics.

He said Trump thought he would blindly fulfill the president’s requests and be loyal to him.

“I told him we were loyal to our oath to the Constitution,” Kelly told the Times.

Kelly said Trump ignored that belief and continued to push others to take revenge on his critics through their governmental authorities and powers.

“If he told you to slit someone’s throat, he thought you would go out and do it,” Kelly said.

The former chief of staff said he would explain to the president that his requests were morally and legally wrong, but Trump often remained steadfast in his desires to investigate those he believed to have wronged him.

“I would say, ‘It’s inappropriate, it’s illegal, it’s against their integrity and the I.R.S. knows what it’s doing and it’s not a good idea,’” Kelly said he told Trump in the interview.

Trump told the outlet that he knows nothing about the audits of Comey’s and McCabe’s taxes. Officials said the two men were chosen randomly, though the IRS has asked its inspector general to investigate.

“It’s total fiction created by a psycho, John Kelly, who never said this before, and made it up just because he’s become so irrelevant,” Trump spokeswoman, Liz Harrington, told the Times.

The former president publicly slammed Comey and McCabe on a regular basis during his term.

Executive branch employees, including the president, are breaking federal law if they “request, directly or indirectly” that the IRS conduct an investigation or audit of any taxpayer, according to the Times.

“The U.S. government, whether it’s the I.R.S. or the Justice Department, should never be weaponized or used to retaliate, and certainly not because someone criticizes you in the press or is your political opponent,” Kelly said. 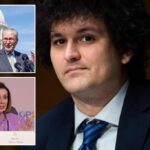 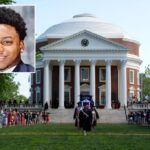