Former President Donald Trump railed against New York Attorney General Letitia James at a Michigan rally Saturday, accusing her of being “racist” as he and his family contend with a lawsuit from the prosecutor alleging “staggering” fraud.

The $250 million lawsuit filed on Sept. 21 accuses the Trump Organization of vast fraud for allegedly falsely inflating his net worth by manipulating the value of some of his prized assets — including his numerous golf courses, hotels and homes.

Trump, who has dismissed the suit as a “witch hunt,” blasted James for going after his company while violent crime surges in New York City at the rally at Macomb Community College in Warren.

He told the crowd Saturday that he has done “nothing wrong” and that “There’s no victim except Trump,” in the case.

“They’re all attacking me including the racist AG, attorney general, in New York, whose state is falling apart from murders, rapes, robberies, drug deals and every other kind of form of record-breaking crime,” the 45th president said.

“The homeless are sadly but dangerously roaming all over the streets of New York City and the city is filthy as is this racist AG. She is just as bad as you’re going to get.”

Once again, Trump did not elaborate on his claim that James, who is black, was “racist.”

Trump then played a compilation of news anchors dismissing James’ lawsuit to boos from the audience.

The ex-president mocked James for her short-lived gubernatorial campaign last year. James would have faced Gov. Kathy Hochul, but instead backed out of that race and sought a second term as attorney general.

“You know what her campaign was? I didn’t know her, she didn’t know me — ‘I will get Donald Trump’,” he said.

“She’s terrible on crime — unless it’s Donald Trump we can get in some form. But then they sued me even though there’s no victim.”

She said her office had referred the case to the Internal Revenue Service and to federal prosecutors in the Southern District of New York.

“Donald Trump falsely inflated his net worth by billions of dollars to unjustly enrich himself, and cheat the system, thereby cheating all of us,” James said at a news conference announcing the suit.

Trump on Saturday accused James of trying to protect the banks instead of New Yorkers.

“We don’t need her protecting banks — we need her to protect the people of New York from being murdered,” he said. 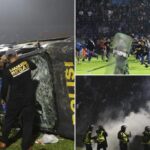 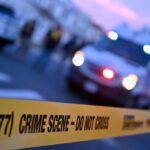