Former President Donald Trump said Sunday that he had previously rejected an attempt by Russia to trade “Merchant of Death” arms dealer Viktor Bout for former US Marine Paul Whelan — insisting he would never free someone who has “killed untold numbers.”

“I turned down a deal with Russia for a one on one swap of the so-called Merchant of Death for Paul Whelan,” Trump, 76, said in a Truth Social post.

“I wouldn’t have made the deal for a hundred people in exchange for someone that has killed untold numbers of people with his arms deals.”

Bout, who was convicted in 2011 of conspiracy to kill Americans by supplying a Colombian terrorist group with weapons, was freed last week in exchange for the return of WNBA star Brittney Griner.

Griner had been sentenced to nine years in a Russian forced labor camp after authorities found vape canisters with cannabis oil in her suitcase when she touched down in Moscow back in February.

In the wake of the high-profile swap, Trump immediately lashed out at the Biden administration, saying Whelan — who has been detained in Russia on espionage charges since 2018 — should have been sent back to the US instead of Griner.

US officials have said they tried to secure the release of both Whelan and Griner, but Russia refused to budge — insisting on the one-for-one swap of Griner for Bout.

Even though he shot down the Whelan-Bout swap during his time in the White House, Trump insisted Sunday that he still “would have gotten Paul out.”

“The deal for Griner is crazy and bad. The taking wouldn’t have even happened during my Administration, but if it did, I would have gotten her out, fast!” Trump wrote without elaborating.

A senior Biden administration official insisted last week that Moscow was still open to discussing Whelan’s possible future release, arguing that Russia “have things they want in this world.”

Shortly after Griner arrived back in Texas on Friday, Russian President Vladimir Putin also suggested that more prisoner swaps were a possibility.

Putin said “everything is possible” when asked about future trades, noting “compromises have been found” for the Bout-Griner exchange.

“We aren’t refusing to continue this work in the future,” the Russian strongman added.

It comes after former national security adviser, John Bolton, told CBS last week that the Biden administration’s deal with Russia was a “surrender.”

“And terrorists and rogue states all around the world will take note of this, and it endangers other Americans in the future who can be grabbed and used as bargaining chips by people who don’t have the same morals and scruples that we do.” 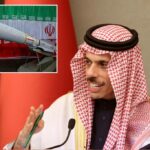 ‘All bets off’ if Iran gets nuclear weapons: Saudi foreign minister 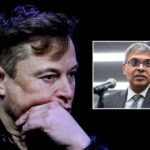