Former President Donald Trump insisted Monday that he “never asked” his son-in-law Jared Kushner or daughter Ivanka Trump to be part of his 2024 presidential campaign.

Trump made the claims in a Monday post on his Truth Social page where he also said he actually asked Ivanka and Kushner to steer clear from his campaign to shelter them from the “mean and nasty” world of politics.

“Contrary to Fake News reporting, I never asked Jared or Ivanka to be part of the 2024 Campaign for President and, in fact, specifically asked them not to do it – too mean and nasty with the Fake & Corrupt News and having to deal with some absolutely horrendous SleazeBags in the world of politics, and beyond,” Trump wrote in his post.

“There has never been anything like this ‘ride’ before, and they should not be further subjected to it. I ran twice, getting millions more Votes the second time (RIGGED), & am doing it again!” the 76-year-old former president added.

The Post reported in November that Trump begged both Ivanka and Kushner, who are married and have three children together, to join his campaign team during daughter Tiffany Trump’s Mar-a-Lago wedding.

“Trump thought he could convince Ivanka this weekend to come back and campaign for him as she was the most requested speaker after the president himself last time around… but so far she’s resisting his entreaties and holding firm, as is Jared,” an insider told The Post. “They both feel they got burned in Washington and don’t want to go back and expose themselves and their children to another bitter campaign.”

Last week, New York magazine reported that Kushner has shown no interest in helping his father-in-law navigate the storm of controversy that has blanketed the former president since his Nov. 22 dinner with anti-Semitic rapper Kanye West and white nationalist Nick Fuentes at Mar-a-Lago became public.

Kushner has ignored requests for “help … for public support, even looking for a response” from Trump’s election operation, according to the magazine.

The report added the 41-year-old Kushner has taken to handing out Trump’s phone number rather than act as a go-between for people trying to reach him.

Kushner and Ivanka both served as senior advisers for the entirety of Trump’s time in the White House.

Trump announced his 2024 White House bid on Nov. 15, and the same night Ivanka released a statement announcing that she would not be joining his campaign team. 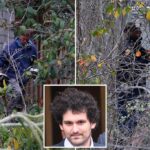 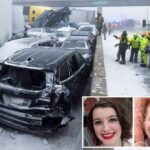