Former President Donald Trump tore into defeated New Hampshire GOP candidate Don Bolduc — whom he had endorsed for the Senate – for walking back his claim that the 2020 election was stolen.

“Don Bolduc was a very nice guy, but he lost tonight when he disavowed, after his big primary win, his long-standing stance on Election Fraud in the 2020 Presidential Primary,” Trump wrote on his social media platform Truth Social on Tuesday.

“Had he stayed strong and true, he would have won, easily,” added the former commander-in-chief, who endorsed Bolduc late last week. “Lesson Learned!!”

“General Don Bolduc has run a great campaign to be the U.S. Senator from the beautiful State of New Hampshire,” Trump wrote in the endorsement.

“He was a strong and proud ‘Election Denier,’ a big reason that he won the Nomination, but he then disavowed,” he wrote.

“He has since come back, at least on busing, but that is only a small part of N.H. Election Fraud. Nevertheless, Don Bolduc has asked for my Endorsement, and he’s got it, Complete & Total,” Trump added.

Bolduc had endorsed Trump’s unfounded claims of mass fraud in the 2020 presidential election, only to reverse his position after his primary victory – though he continued to sow doubt in the last election during a debate against Democratic Sen. Maggie Hassan, who went on to win Tuesday, The Hill reported.

O’Dea also broke with Trump on the 2020 election, even recently saying he would campaign against the former president if he mounts another bid for the White House, as expected. 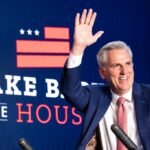 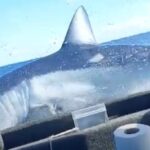