​Then-President Donald Trump discussed dropping a nuclear bomb on North Korea and pinning the blame on another country during closed-door meetings in 2017, according to a new edition of a book about the 45th president’s administration.

The tome, initially published in September 2020, will be released in paperback next week with the new details, NBC News reported Thursday

Kelly, Trump’s former secretary of Homeland Security, took on the chief of staff role eight days after Trump, now 76, warned Kim –to whom he mockingly referred as “Rocket Man” — that any attempts by North Korea to attack the US or its allies would be “met with fire and fury, and frankly power, the likes of which this world has never seen before.”​

In a speech to the United Nations that September, Trump vowed to “totally destroy” North Korea if Kim persisted with military threats. ​

Trump continued to needle the North Korea leader on Twitter but the book says ​Kelly grew more concerned about the former president’s remarks in private. ​

“[B]ehind closed doors in the Oval Office, Trump continued to talk as if he wanted to go to war,” Schmidt writes. “He cavalierly discussed the idea of using a nuclear weapon against North Korea, saying that if he took such an action, the administration could blame someone else for it to absolve itself of responsibility.”​

But Kelly, a ​retired Marine general who was chief of staff from July 2017 to January 2019, warned Trump that blaming another county would not work.

​”It’d be tough to not have the finger pointed at us,” he reportedly told the president.

Kelly also invited some of the military’s top leaders to the White House to try to persuade Trump that a full-scale war could easily break out between the US and North Korea and that the consequences would be horrendous.

But the thought of massive casualties had “no impact on Trump,” the book says.

An argument that such a war would cause major economic chaos captured Trump’s attention for a while, according to Schmidt, before he “would turn back to the possibility of war, including at one point raising to Kelly the possibility of launching a preemptive military attack against North Korea.”​

Kelly informed Trump that Congress would need to approve a preemptive strike, which “baffled and annoyed” the commander-in-chief. ​

Eventually, the book says, Kelly hit on a solution that got Trump to pull back the saber-rattling — an appeal to Trump’s “narcissism,” telling the president he could prove he was the “greatest salesman in the world” by reaching a diplomatic compromise with Kim and preventing a nuclear catastrophe.

Trump and Kim eventually met in person three times, once in Singapore in June 2018, again in Hanoi in February 2019 and again at the Korean Demilitarized Zone the following June. 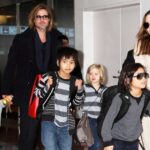 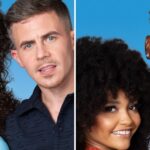