Former President Trump is opening up his wallet to save Herschel Walker, whose Senate campaign has been reeling from allegations he paid for a woman to abort his child.

Trump endorsed the one-time NFL star early in Georgia’s GOP Senate primary and Walker’s showing next month will be a big test of the former president’s continued influence with voters.

“From D-Day to drag queen story time, America has lost its way. Radical Democrats are indoctrinating our children to hate America — opening our borders and crushing working people with taxes,” the ad’s narrator says. “Raphael Warnock votes with Biden 96% of the time. Chaos at the border, crime in our neighborhoods, a collapsing economy — Biden, and Warnock did that. Take our country back.”

After first denying the allegations — and threatening to sue the Daily Beast, which broke the story — Walker has hedged.

“I’m not saying she did or didn’t have one [an abortion]. I’m saying I don’t know anything about that. I don’t know,” he told NBC News. Walker’s son Christian has also publicly denounced his campaign.

“I know my mom and I would really appreciate it if my father Herschel Walker stopped lying and making a mockery of us,” he said in an Oct. 3 tweet.

Republicans have largely closed ranked around Walker. The Georgia Senate race is one of the most closely watched in the 2022 midterm cycle. Both parties say the outcome will play a critical role in deciding which party controls the Senate for the remainder of President Biden’s term in office. 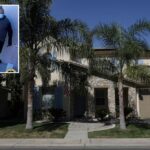 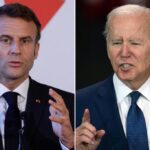