Former House Speaker Paul Ryan blasted former President Donald Trump Wednesday as a “drag on our ticket” after the much-predicted red wave failed to materialize in this year’s midterm elections.

“I think we’re going to have to do a lot of soul-searching and head-scratching, looking through and parsing the numbers as to why we didn’t perform as well as we would have liked to,” Ryan told Wisconsin TV station WISN.

“I think Trump’s kind of a drag on our ticket,” added Ryan, the most recent Republican to hold the Speaker’s gavel.

“I think Donald Trump gives us problems, politically. We lost the House, the Senate and the White House in two years when Trump was on the ballot, or in office,” he went on. “I think we just have some Trump hangover. I think he’s a drag on our office, on our races.”

“It was a mixed blessing night, but we should have done better than we did,” Ryan summed up.

The ex-pol also made clear he doesn’t want Trump to run for president again.

“I honestly don’t think he’ll get the nomination at the end of the day,” Ryan said. “We want to win. We want to win the White House and we know with Trump, we’re so much more likely to lose. Just look at the difference between votes, between Trump candidates and non-Trump aligned candidates.

“It’s really clear to me and the evidence is pretty stark that if we have a nominee not named Trump, we’re so much more likely to win the White House than if our candidate’s named Trump,” he added.

Ryan’s scorching comments come as Trump is being advised to delay next week’s much-hyped “very big announcement” — during which is he expected to kickoff a White House run for the third straight cycle.

“I’ll be advising him that he move his announcement until after the Georgia [Senate] runoff [Dec. 6],” former Trump adviser Jason Miller said. “Georgia needs to be the focus of every Republican in the country right now.”

Kayleigh McEnany, a former White House press secretary in the Trump administration, also said on Fox News the former president should put his announcement on “pause” until Georgia is sorted out.

Trump’s onetime lawyer and personal friend Rudy Giuliani told The Post Thursday he had urged the former president not to announce another White House bid until after midterms, but insisted that Trump was what it takes to win again — and was the most charismatic and appealing GOP candidate since Ronald Reagan.

“”If he runs, I will support him. I believe in Trump,” the former mayor said. “Donald has an appeal that is overwhelming. If he runs, it will be a fight to the death with the Democrats.

“Also, if Trump doesn’t run, DeSantis will be attacked by the Democrats the way they attack Trump,” Giuliani went on. “Ron has to be aware of that.” 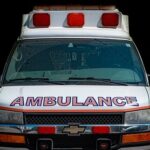 How to Recover from a Car Accident Injury 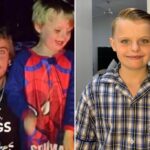