The House Jan. 6 committee on Friday extended the deadline for former President Donald Trump to produce documents related to the Capitol riot.

The committee noted in its extension that Trump and his legal team have been in contact with the panel since it issued a subpoena for documents and the former president’s testimony last month. The deadline for Trump to turn over documents had been Friday, Nov. 4.

“We have received correspondence from the former President and his counsel in connection with the Select Committee’s subpoena,” Jan. 6 committee Chairman Bennie Thompson (D-MS) and Vice Chairwoman Liz Cheney (R-WY) wrote in a statement.

The committee leaders added that Trump’s deadline to sit for a deposition remains the same.

“We have informed the former President’s counsel that he must begin producing records no later than next week and he remains under subpoena for deposition testimony starting on November 14th.”

The panel of seven Democrats and two anti-Trump Republicans issued the subpoena to Trump on Oct. 21.

The committee ordered Trump to produce all “relevant documentary material” by and to participate in “one or more days of deposition testimony.”

Among the documents sought by the panel are all communications Trump sent on Jan. 6, as well as all messages sent to members of Congress between Dec. 18, 2020 and Jan. 6 “relating or referring in any way to the 2020 presidential election.”

The subpoena also accuses Trump of having “purposely and deliberately” disseminated false allegations, pushing the Justice Department to make false statements, pressuring state officials to change the election results and overseeing efforts to submit “false electoral certificates to Congress and the National Archives.”

The former president is separately under investigation by the Justice Department over classified documents recovered from his Mar-a-Lago resort in August.

Fulton County prosecutor Fani Willis is also investigating Trump as part of a probe into alleged efforts to overturn the 2020 election results in Georgia. 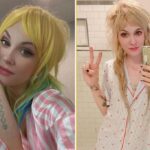 ‘Face Off’ Laney Chantal dead at 33 after accidental overdose 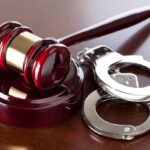