Former President Donald Trump reportedly was “furious” Wednesday morning about Republican Dr. Mehmet Oz’s loss in the crucial Pennsylvania Senate race, and was blaming those in his circle — including wife Melania — for urging him to support the now-failed candidate.

New York Times reporter and author Maggie Haberman tweeted the stunning claim, reporting that the 45th president had described his wife’s backing of Oz as “not her best decision.”

“Worth remembering that Trump is a grown man who endorsed Oz over the objection of some of the people closest to him, and instead went beyond just endorsing and attacked [Republican primary candidate] Dave McCormick from the stage at a rally,” Haberman added.

Haberman’s tweet backed an initial report by CNN host Jim Acosta, the network’s White House correspondent during the Trump administration who memorably clashed with the former president on more than one occasion.

“‘Trump is livid’ and ‘screaming at everyone,’ after last night’s disappointing midterm results for GOP, according to a Trump adviser,” Acosta tweeted. “The adviser went on to slam the former president’s handpicked contenders: ‘they were all bad candidates.’ ‘Candidates matter,’ the adviser said.”

Oz conceded his race to Pennsylvania to Lt. Gov. John Fetterman early Wednesday, handing Democrats a crucial pickup in the battle for the Senate.

GOP Pennsylvania gubernatorial candidate Doug Mastriano also lost after Trump stumped for the Republican outside Pittsburgh over the weekend.

The Pennsylvania races were among several that Trump-backed candidates lost on Election Day, including high-profile gubernatorial races in Michigan and Wisconsin. The former president was “fuming” at his Mar-a-Lago estate as results rolled in Tuesday night showing the predicted “red wave” was more of a ripple, ABC News reported.

Still, the former president early Wednesday claimed Tuesday was “A GREAT EVENING” for Republicans in a TruthSocial post, claiming that the Democrats were “doing everything possible to play it down.”

Ohio Senate candidate J.D. Vance was the highest-profile Trump-backed candidate to pull off a win so far. The “Hillbilly Elegy” author had defeated Democratic Rep. Tim Ryan by about 6.6% of the vote as of 11:45 a.m. Wednesday with 97% of precincts reporting.

Races for other Trump picks had yet to be called as of Wednesday, with the race between Georgia Republican Herschel Walker and Democratic Sen. Raphael Warnock heading to a Dec. 6 runoff after neither candidate received at least 50% of the vote. 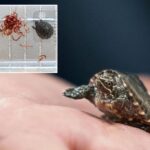 Turtles in demand as pets, leading to a spike in poaching 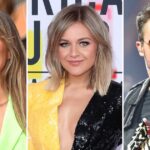